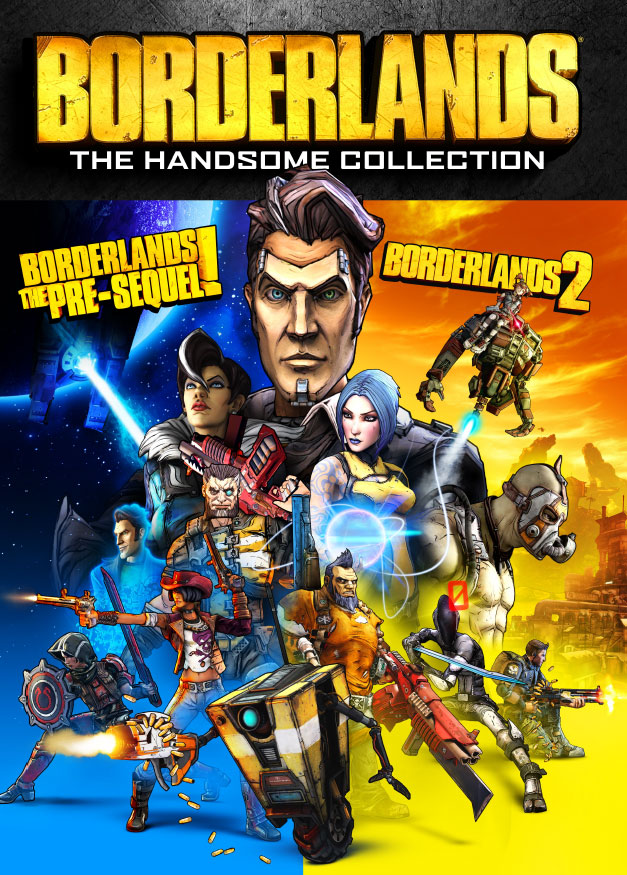 To maintain consistency with the previous installments in the franchise, Borderlands: The Pre-Sequel—a follow up set between the first two games in Gearbox Software's Borderlands franchise developed by 2K Australia, was only released on PlayStation 3 and Xbox 360 consoles. In July 2014, prior to the game's release, 2K Australia's head Tony Lawrence reiterated that there was a possibility that The Pre-Sequel could be ported to PlayStation 4 and Xbox One—gauged by fan demand and sales.[8]

In December 2014, it was reported that a game titled Borderlands Remastered Edition, which was presumed to be a Borderlands port to PlayStation 4 and Xbox One, had received a rating from the Australian Classification Board. No other details had been announced at that point. The discovery drew comparisons to other 'remastered' ports of recent previous generation games to the consoles, including Tomb Raider, The Last of Us, fellow Take-Two Interactive title Grand Theft Auto V, and Halo: The Master Chief Collection.[9][10]

The compilation was announced on January 20, 2015, as The Handsome Collection, for a release in North America on March 24, 2015, and elsewhere on March 27, 2015.[11] A limited 'Claptrap-in-a-Box' edition was also announced; this US$399 bundle includes lithographs of the playable characters from both games, a Steelbook case for the game, and a remote-controlled version of the robot character Claptrap; it can be controlled from an Android or iOS device using the 'ClaptrApp', features a single wheel and gyroscopic stabilization, can play Claptrap's in-game quotes, and has a camera in its eye that can be viewed from within the app.[12] Only 5,000 copies of this edition were produced.[13]

The compilation does not include the first Borderlands: speaking at PAX South, Gearbox CEO Randy Pitchford stated that they may consider creating a port of the original game if The Handsome Collection is 'wildly successful'.[14]Borderlands received a separate remaster for PS4 and Xbox One (as well as an accompanying update to the PC version on Steam) in 2019.[15][16]

On March 18, 2015, Gearbox Software and 2K Games confirmed that the game had been declared gold, indicating it was being prepared for duplication and release.[17]

On March 26, 2020, Nintendo announced that a port of The Handsome Collection will be released along side Borderlands: Game of the Year Edition.[18] It was released on May 29, 2020, both physically and digitally.[3]

Both games in The Handsome Collection feature remastered graphics, and are capable of running at 1080p resolution at 60 frames per second when playing with one or two local players. The games are also capable of local split-screen multiplayer with up to four players, rather than the two-player limit of the previous-generation versions; four-player mode will reduce the frame rate to 30 frames per second.[11][13] On April 3, 2019, a patch was released to add 4K support for PlayStation 4 Pro and Xbox One X.[19]

Save data from the previous-generation versions of 2 or The Pre-Sequel (including characters and Badass Rank) can be migrated to The Handsome Collection from the PlayStation 3 (both games support Cross-Save) and Vita (Borderlands 2 only) versions to PlayStation 4, and the Xbox 360 version to Xbox One.[11] Both games include all of their respective downloadable content—such as campaigns and additional playable characters. Claptastic Voyage—a campaign for The Pre-Sequel that was released on the same day as The Handsome Collection, is not included on-disc, but is a free download.[20][21]

Borderlands The Handsome Collection Xbox One

IGN gave the compilation an 8.4 out of 10, praising the performance of its Borderlands 2 port for being 'rock solid'. Some issues were noted, including that the inventory menu in four-player mode was not scaled to fit the smaller amount of screen space, The Pre-Sequel had inconsistent frame rates, and users are unable to switch between the two games without rebooting it entirely, concluding that 'Minor quibbles aside, The Handsome Collection is a great package for any console-bound Borderlands fan.'[25]GamesRadar was also positive, praising the extent of content available, but criticized minor framerate issues and that no significant new features were added.[24]

Retrieved from 'https://en.wikipedia.org/w/index.php?title=Borderlands:_The_Handsome_Collection&oldid=975182797'
Comments are closed.