The fifth DLC for Call of Duty: Black Ops 3 is Zombie Chronicles. The DLC adds a grand total of eight zombie maps from past Call of Duty video game installments such as Call of Duty: World at War along with the past Black Ops releases.

While the video game does add some new elements with upgraded visuals, there are a few Easter Eggs that players can uncover. Here are all the Easter Eggs that can be found within the fifth DLC release of Call of Duty: Black Ops 3, Zombie Chronicles.

“Electroshock therapy, Chemically engineered beverages, Hordes of Undead Nazis. Find the power to unite and send them back to their graves! Can you believe that’s how I actually described it back then? It was an asylum. It was also a horrible, terrible, grim, depressing place. I’d give you a full explanation of everything that happened there, but it would only be horrible, terrible, grim, depressing. Oh, fuck. You weren’t there either. But then you were.”

“Shi No Numa….did I say that right? I’ve not really put the effort into learning Japanese. In some ways, that’s where it all really started for you guys. It’s also where fluffy returned right? Well when I say returned, I’m referring to her offspring, the little pups. They grew big didn’t they? More importantly, they started showing signs of food aggression. Whoahoah that’s never good. Gotta say I do prefer an angry dog to any kind of cat. I know it’s wrong to generalise, but frankly all cats are evil little shits”

“Where to start with this one? You guys got a mulligan after Richtofen blew up the earth. Samantha was confused, she was still settling in to her new home. No, wait, no um, actually she was locked away outside of reality itself. You freeing her was a big step in the right direction. Here’s the thing, you have to remember, the order in which you experience things doesn’t necessarily reflect the order in which they happened. Whatever way you look at it though, it really was the beginning of the end, or, the end of the beginning.” Need an extra hand within the Kino Der Toten Map for Call of Duty: Black Ops 3, Zombie Chronicles? Look no further, here is a complete breakdown of the map with weapons, perks, generator locations, and more!

Note: The Power Switch is free.

The Power Switch can be activated from within the stage area.

Note: The center area of the map can be reached after accessing Power Switch from Stage.

The only means of transportation is through the teleporter which will take you to the projector room.

There is a Pack-a-Punch located within the projector room which is accessed through the teleporter.

Only one player is able to use the Thundergun and the weapon can only be obtained through a Mystery Box. 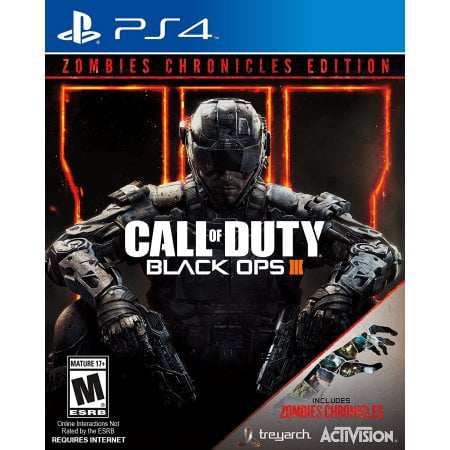 Practically each room has a location for the Mystery Box though for a better breakdown on which rooms have a Mystery Box location, take a look at our Map Layout section above.