One of the announcement made during The Game Awards was the release dates of the console versions of the acclaimed RPG from ZA/UM. With a free upgrade to all existing players, Disco Elysium: The Final Cut will launch in March 2021 for PC and PS4/5 and then during Summer for Series X/S and Switch. Trailer and details about the new features inside.

DISCO ELYSIUM: THE FINAL CUT COMING TO ALL CURRENT PLATFORMS AND CONSOLES 2021

- Definitive edition of the game Disco Elysium: The Final Cut announced
- Available across all current platforms March 2021 (free upgrade for all existing players)
- Available on PlayStation 5 and PlayStation 4 from March 2021
- Available on Xbox Series X S and Nintendo Switch from Summer 2021
- Collector’s Edition and vinyl soundtrack from iam8bit, and new official merch available for pre-order

10 December 2020 (London, UK): The great city at the end of the world is waiting...Today at The Game Awards 2020 show, ZA/UM has announced Disco Elysium: The Final Cut the definitive edition of the award-winning smash hit RPG, which will be available as a digital download in March 2021 on PlayStation 5 and PlayStation 4 as well as on Steam, GOG, The App Store, Epic Games Store and Google Stadia. This will be followed by the release of the game on Xbox Series X S and Nintendo Switch platforms in Summer 2021.

Disco Elysium: The Final Cut, will include full voice acting for Revachol’s beautiful people as well as new quests and unseen areas to explore. All existing players of the game will receive a free full upgrade to The Final Cut on their current platform. 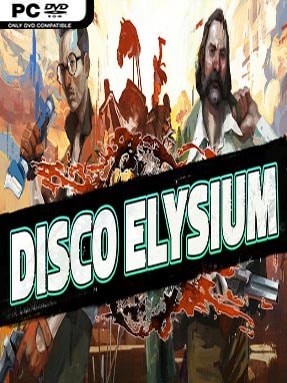 Available for pre-order now from iam8bit for $249.99 here: https://www.iam8bit.com/collections/disco-elysium or www.discoelysium.com

Vinyl Soundtrack
iambit will also release the full Disco Elysium soundtrack by British Sea Power is available in vinyl with two different editions. The Open Edition is a 3-LP set packaged in a standard gatefold jacket while the Limited Edition (of 2,000) features colored vinyl housed in an origami design that unfolds to reveal a larger illustration. Both feature cover art by Anton Vill: https://www.iam8bit.com/collections/disco-elysium Disco Elysium Official Merch
A brand new range of official Disco Elysium Merch is now also available for pre-order, including branded clothing, bags, masks, mugs, pins, and much more: www.discoelysium.com
About Disco Elysium: The Final Cut
Disco Elysium - The Final Cut is the definitive edition of the smash-hit RPG. Get even more out of this award-winning open world. You're a detective with a unique skill system at your disposal and a whole city block to carve your path across. Interrogate unforgettable characters, crack murders, or take bribes. Become a hero or an absolute disaster of a human being.

•New Political Vision Quests: Face the reality of your worldview as your political compass leads you down new paths. Discover more citizens, a whole extra area, and monumental sights as you leave an even bigger mark on the world by chasing your dreams.
•Full Voice Acting: All of the city's beautiful people are brought to life with full voiceover. Play characters against each other, try to help them, or fall hopelessly in love as each word is spoken to you with the appropriate accent and emotion.
•Improved Playability: Full controller support and customisation lets you play with your preferred setup. Enjoy an expanded range of language options. See the difference when playing in 4K resolution and at 60 frames per second on PlayStation 5.
•Real Role-playing: Customise your character with wildly different skills, clothing items, and tools – from guns to a flashlight and a boombox. Develop new ​ideas in the detective’s Thought Cabinet to change how you approach and handle each situation.
•Unprecedented Freedom: ​Death, sex, taxes, and disco – nothing is off the table in this open world. Solve a massive murder investigation, or relax and kick back with sprawling side-cases. Disco Elysium’s revolutionary dialogue system lets you do almost anything.
•Free Upgrade For All: The Final Cut will be available at no extra cost to all current owners of Disco Elysium. Original players expand their experience for free while new players can enjoy the new content from their first playthrough.