While the hacker-sim genre tends to hide in the shadows a little bit, there’s always that one game that gets more mainstream attention. For this genre, that game is Hacknet. It was first released in 2015 and an expansion was released the following year which is one you’ll need to purchase if you want to play it.

The story of Hacknet is relatively simple, the player is contacted by a user called “Bit” through an automated message sent in the event of their death. Bit also teaches you the game mechanics before telling you to join a hacker group called “Entropy”.

To be honest, the story isn’t very important in this game so you really don’t need to pay attention to it. Gameplay takes the centre stage in Hacknet.

If you’re new to hacking or just want to see what it’s all about without needing much education then Hacknet is perfect for you. This game includes ‘real hacking’ which means it uses real Unix commands that are similar to what you would use for hacking. It essentially simulates hacking through the Unix terminal and file system.

If you don’t know what Unix is, it’s the current family of operating systems written in the C programming language which is just a convenient programmer software. For an example of it, when you check your ping on your Windows computer you need to access the “Command Prompt” right? That is Unix.

Hacknet is definitely a special game, it’s one of the first to teach gamers some hacking skills and even has the potential to introduce new hackers to the Unix terminal within a safe environment. There’s no chance of causing any harm to your computer because you’re exploring hacking techniques inside a video game.

Sadly, however, if the hacking gameplay doesn’t ensnare you then there’s not much else that might be of interest. The game can feel like a fancy text adventure at times so if you find yourself getting lost or distracted from the game then it could just be there’s not enough ‘action’ to keep yourself entertained. In that case, you could take a look at Debugger 3.16: Hack’n’Run which uses real coding in a more action orientated game.

If the ‘slow’ and ‘limited’ gameplay doesn’t bother you, then chances are you’ll love Hacknet. The immersion is wonderful, especially in fullscreen mode (ideally you should only play it in this mode) and it can get a little addicting at times. Due to the style of the game, it’s even possible to forget it’s fiction so be prepared for the adrenaline. Hacknet is a work of fiction though so you’re not actually doing anything potentially illegal even if that thought does pop into your head from time to time.

Hacknet is controlled though a text based console where you do the hacking and also a graphical interface that almost seems like a desktop at times. You need to gain superuser privileges for different computers throughout the game which is done by scanning the computer to see how protected it is then running software to defeat those protections. 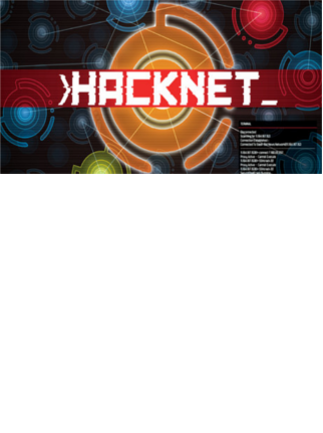 I do need to point out that there are moments in the game that might ensue panic. For example, there is a revenge hacker in the game that will hunt you down which isn’t concerning it itself but then the game will give you the blue screen of death. Instant panic until you realise it’s just the game messing with you. That being said, there are a lot of great moments in this game which really makes it stand out. Hacknet will definitely be one of your most memorable plays this year.

Later in the game, things will become more difficult when some parts of the computer are removed forcing you to rely on only the commands. Better hope you know the commands then. Hacknet is clearly a well thought out title with some very clever moments to modify the difficulty over time.

Perhaps the biggest problem with Hacknet is the fact that there’s a huge number of files in the game and most of them are not actually needed. They are there for comedy value and some of them even cause the game to freeze forcing you to soft reset it. There’s even the potential to abuse the “dc” command to get around moments when you fail to beat the timer. It’s a little frustrating to see but that doesn’t stop Hacknet from being an amazing game.

Hacknet gives you an interactive hacking simulation that isn’t very common in video games. It’s as close to the real thing as we’ll probably get in video games and is a great game as well giving you plenty of reasons to pick this title up.