The Races and Classes of Lord of the Rings Online

The solitude of the forest gives little comfort in recent times, with the enemy encroaching from all sides. The time has come for the descendants of Beorn to lend their strength to the Free People of Middle-earth. This class is inspired by Beorn, who bravely stood with the Free Peoples during the Battle of Five Armies. Class Difficulty: Advanced.

Choose from the iconic races of Middle-earth, including Dwarf, Elf, High-elf, Hobbit, Man, and Beorning - each with their own strengths and weaknesses. The class you pick will define your role as an adventurer in Middle-earth. Not all races can play all classes.
The stout Dwarves of Middle-earth have steadfast determination, hearty strength, and a natural commitment to explore the world's deepest places. Ever secretive, unwavering, and proud, Dwarves often adventure from the soaring halls carved beneath Ered Luin, the Blue Mountains, a land long in history and natural in beauty near the western shores of Middle-earth. Dwarves love battle and stand ready to fight for the Free Peoples against the Darkness from the East. They are also are expert miners and workers of stone and metal, capable of crafting with great strength and renown, along with unparalleled beauty and intricacy.
Elf
Famous Figures: Legolas, Elrond, Haldir
Tall and strong, fair and graceful, Elves have keen senses and a deep affinity for the beauty of the natural world around them. In ages past, the deeds and struggles of the noble race of Elves entwined with the history of Middle-earth. All Elves remember well the devastation wrought by dark armies that once marched over the world—a Darkness that threatens to do so once again. Long ago, Elves welcomed the 'younger' races of Middle-earth and became their allies when the need was great, but centuries of war, betrayal, and hardship have made them fiercely protective of their seclusion. Today, as the Third Age draws to a close and the War of the Ring looms, Elves once more stir from their forest realms and hidden valleys, allying with the Free Peoples of Middle-earth.
High-elf
Famous Figures: Galadriel, Gil-galad, Glorfindel
High Elves have beheld the beauty of Valinor and possess grace and strength even beyond that of their woodland kin. The remaining High Elves yearn to see Middle-earth made safe in order to bequeath it to the race of Men before departing for the Undying Lands.
There are few recorded deeds of Hobbits until late in the Third Age of Middle-earth, which is just the way Hobbits would prefer it. They are a simple, quiet folk, preferring to dwell in hillside holes in and around the area known as the Shire. Most Hobbits enjoy the peaceful endeavours of farming, eating, and gift-giving, rather than concern themselves with the dangerous affairs beyond the Shire. Although small in size relative to the other races, Hobbits are sturdy of body, determined in their actions, and capable of the grandest of deeds. Their small frame belies a toughness and spirit of a skillful adventurer in the lands of Middle-earth. In these dark days, it's the unassuming Hobbits whose humble skill with word and action will have great impact in the War of the Ring.
Man
Famous Figures: Aragorn, Boromir, Éowyn
The shortest-lived race of Middle-earth is also the race destined to rule in years beyond the Third Age. Their mortality, considered a unique gift, in time became known as the Doom of Men, a source of lamentation. Men are a varied race: the great Dunédain of the North; the skilled Horse-lords of Rohan's grassy plains; the proud soldiers of Gondor; the mysterious Haradrim far to the East. Men are capable of great courage and honour, but can fall easily to ambition, deceit, and betrayal. Known simply as the Big Folk to Hobbits of the Shire, Men have a large and strong build, and potent will that rises from a relatively short lifespan.
Beorning
Famous Figures: Beorn, Grimbeorn
Beornings descend from ancient Men, and can 'skin-change' into bears when angered. They are gruff, distrustful, and impolite, but respect all creatures of nature, although they hate Orcs more than anything.

Gameplay: Beornings are skin-changers that can change into the form of a bear in combat. They focus their wrath while in bear form, choosing to deal grievous blows or bolster their own resolve. While skilled in combat, some Beornings also choose to wield their knowledge of the wilderness to assist their allies.

Lore: The Beornings of Middle-earth are a largely reclusive people. They trace their ancestry to Beorn himself, and spend most of their time deep in the wilderness. The solitude of the forest gives little comfort in recent times, with the enemy encroaching from all sides. The time has come for the descendants of Beorn to lend their strength to the Free People of Middle-earth.

This class is inspired by Beorn, who bravely stood with the Free Peoples during the Battle of Five Armies.

Gameplay: Burglars are masters of debuffing, skills that cause foes to deal less damage, or be easier to defeat. They utilize their Trick skills to debuff foes, and can later remove the Tricks for additional benefits. Burglars also have stealth skills, and are proficient in initiating Fellowship Manoeuvres. In Fellowships, a Burglar supports his or her allies by debuffing foes, while dealing respectable damage.

Lore: Burglars are masters of stealth and misdirection. They rely on sleight-of-hand and starting attacks that allow their companions to overwhelm adversaries.

This class is inspired by the famous Bilbo Baggins, who accompanied Thorin and Company on their quest to the Lonely Mountain.

Gameplay: Captains are armoured melee fighters and masters of buffing; skills that enhance allies. They may summon a Herald companion to fight by their side, ensuring they always have an ally to buff. They can also Mark foes, giving benefits to all who attack them. In Fellowships, a Captain supports his or her allies with healing and buffs, while still dealing respectable damage.

Lore: The Captains of Middle-earth hold the future in their hands. By their own strength of arms and the inspiration they instill in others, they must lead the Free Peoples to victory.

This class is inspired by Eärnur, last King of Gondor, who was revered both as a Captain skilled in arms, and as a Lore-Master.

Gameplay: Champions wade into battle swinging their weapons in all directions, dealing significant damage to many foes at once. With each strike, their Fervour grows, allowing them to use even more potent skills. Special stances may be used to greatly increase damage dealt at the cost of defence, or enhance defence at the cost of the damage. In Fellowships, a Champion concentrates on engaging as many foes as possible.

Lore: Unrelenting in battle, Champions are the consummate warriors. A Champion cares not for his or her own well-being, but relies instead on strength and prowess to slay the Enemy before they can bring further destruction to Middle-earth.

This class is inspired by Gimli son of Glóin, whose skill in arms matched the bow-skills of Legolas.

Gameplay: Guardians wear heavy armour and have many defensive skills that allow them to survive battles against the most fearsome foes. Guardians also have skills that draw foes' attention away from their allies and themselves. In Fellowships, a Guardian forces enemies to attack himself or herself, so his or her more fragile allies will not be harmed by foes.

Lore: The Guardians are the stout protectors of the weak, and defenders of those in need. They are loyal companions to the end. True Guardians stand in the forefront of battle, shielding allies from enemy assaults.

This class was inspired by the hobbit Samwise Gamgee, whose loyalty to Frodo Baggins knew no bounds. 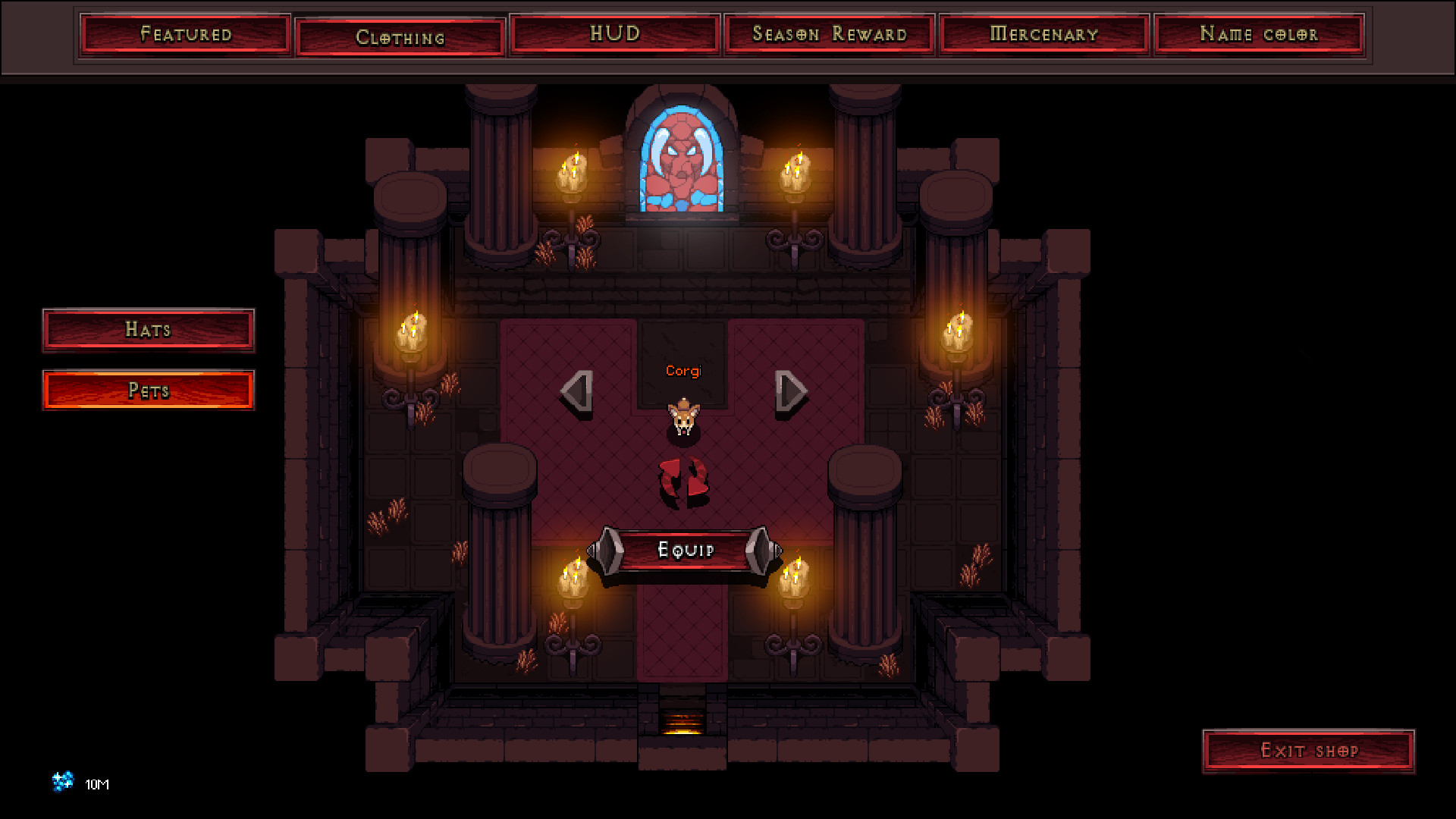 Gameplay: Hunters are proficient at dealing significant damage to a single foe at long range. Their basic bow skills generate Focus, allowing them to use even more potent skills. If a foe manages to close into melee, the Hunter's dual-wielded weapons are capable of dealing a final blow. In Fellowships, a Hunter concentrates on quickly defeating foes one at a time.

Lore: Hunters are masters of field and forest, unmatched in their dexterity with the bow. They use their survival skills to guide companions and lay traps for enemies. The coming of the Enemy has forced them to adapt these skills to use against new prey.

This class was inspired by Legolas, Prince of Mirkwood, a mighty hunter and companion of Aragorn.

Gameplay: Lore-masters are the masters of crowd control, skills that trap foes and keep them from fighting. They may call on animal companions to fight by their side, and even call on elemental forces to damage foes. In Fellowships, a Lore-master concentrates on supporting his or her allies, primarily by hindering the foe's ability to deal damage.

Lore: Lore-masters are seekers of knowledge and the guardians of wisdom. Through study of bygone Ages, they learn ancient secrets that allow them to hinder foes, as well as protect against the dark powers of the Enemy. They have many skills that invoke the natural world of Middle-earth, but it is draining on their will, thus costing them Morale to fuel some of these powerful skills.

This class was inspired by Elrond Halfelven, Elf-lord and Master of Rivendell.

Gameplay: Minstrels are known for their healing abilities, and are capable of dealing respectable damage with War-speech. They have a variety of support skills and special Ballads. Using a Ballad unlocks more potent Ballads, which culminate with powerful Anthems. In Fellowships, a Minstrel keeps allies healed and supported.

Lore: Middle-earth is a land deeply infused with music, and true Minstrels are skilled at tapping into that power. They weave songs and tales so stirring that their companions' morale will not fail, and they will be driven to perform greater feats of prowess. They can even utter words of true power, and ward against the forces of darkness with their Anthems.

This class was inspired by Lúthien Tinúviel, whose Elven voice beguiled friend and foe alike.

Gameplay: Rune-keepers must choose during each battle to focus on damaging skills or healing skills. Either choice shifts their Attunement, unlocking more potent skills, but the choice also restricts access to other skills. In addition, they have support skills that may always be used. In Fellowships, a Rune-keeper keeps allies healed, or deals significant damage to foes.

Lore: Rune-keepers are gifted linguists and masters of true names. With this knowledge, a Rune-keeper crafts powerful rune-words that help the Free Peoples. Through unparalleled mastery of Angerthas and Tengwar runes, a Rune-keeper evokes much more than a normal scribe. Dagor runes deal with battle, Nestad with healing, and Thalas with support.

The class is inspired by the master Elf-smith Celebrimbor, whose skill with runes of power was unparalleled.

Gameplay: Wardens are mobile melee combatants who use Javelins for initiating combat and against ranged foes. Their unique Warden Shield and a variety of defensive skills allow them to stay in the fight longer than most. Basic Warden skills build up their Gambit chain, which can be spent to unleash special Gambit skills. In Fellowships, a Warden forces enemies to attack themself, so their more fragile allies will not be harmed by the foes.

Lore: The Warden patrols the borders of civilized lands, preventing the encroachment of fell creatures from the Wild. They limit themselves to medium armour, so they can travel swiftly and silently to defend those they protect from threats. Wardens all have some military training, and have mastered a style of combat that uses combinations of basic attacks to create masterful Gambits.

The class was inspired by the marchwarden of Lothlórien, Haldir, and his brothers Rúmil and Orophin.