Twelve expansions and twenty-four patches later, it’s crazy to think Europa Universalis IV is still able to draw our attention. For an ageing game, doubling down on specific nations and themes via the ‘Immersion Pack’ concept isn’t such a terrible idea. EUIV’s thirteenth & latest DLC, Rule Britannia, along with the 1.25 ‘England’ patch bring the player’s attention back to Europe, and an old favourite to native brits like myself. 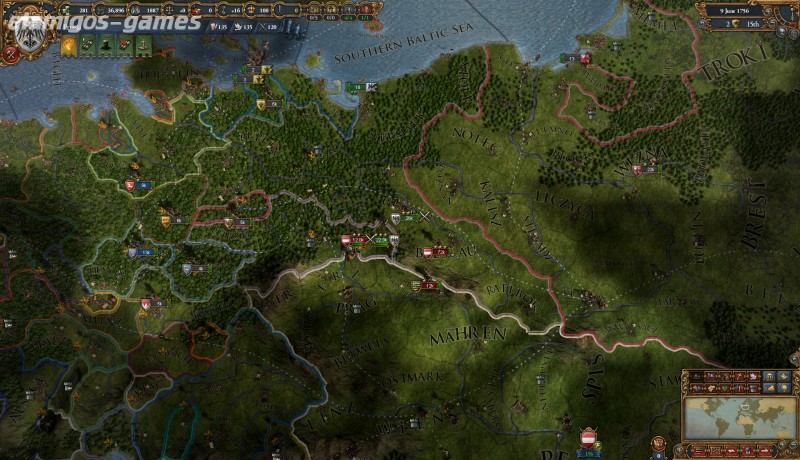 Let’s pick apart exactly what you get for your money: The Innovativeness mechanic, new diplomatic options such as Knowledge Sharing and Steer Trade and the ability to choose Naval Doctrines. Coal as a late-game trade good and some associated buildings. Anglicanism and an event chain for British nations to convert to this new unique branch of Protestantism.

Finally, the free mission system gets a bunch of unique missions for British, English, Scottish and Irish nations. We find it’s always useful to check the dev diary Paradox put out right before an expansion releases – like this one – as it fully breaks down what you’re paying for and what’s included in the free patch.

Being an Immersion Pack, these are deliberately designed to be limited in scope, and modest in terms of what new content they add. Rule Britannia’s theme is, unsurprisingly, the British Isles. England and Great Britain haven’t received any specific love in a while other than what side benefits they get from wider improvements – not that it was an area that was in dire need of an overhaul, but as France’s starting position got better as a player you were less and less likely to want to go to war with them early on. With Scotland’s initial reliance on France’s protection, that only really left you Ireland to play around with while you waited for the right exploration techs and/or The War of the Roses to trigger.

With the free patch’s enhancement of Ireland, there are a lot more players in that micro-region. You can easily vassalize one or two, win their wars for them to make them a bit bigger, and then annex them and move on to the next lot. Conquering Ireland is never really a problem playing as England unless something has gone catastrophically wrong elsewhere. It’s a little bit more interesting now, at least.

The premium features themselves are bit of a mixed bag – Innovativeness is yet another metric you can try and track which gives you some respectable bonuses at the top end, but it requires you to really chase those tech tiers. You also get the odd event that lets you gain Innovativeness as well. It’s one of those things where it’s nice if you have it, but you won’t miss it if you don’t (and feels like a feature designed for smaller ‘build tall’ nations anyway).

The addition of the Coal trade good is a weird one. I’m not sure if they’re just trying to avoid the need to create a Victoria 3 after all or what, but it’s a late game feature that just gives more buffs to nations who are lucky enough to have some within their borders. It’s something else you can fight over, I guess, but by that point the world is pretty set on who hates who and why. The rest are minor life-style options of varying importance – Naval Doctrines are great if you have money and are a maritime nation, ignorable if not. The new diplomatic options have some utility, although the ‘Share Knowledge’ option is really only for the player to boost the AI. I’ve yet to see the AI offer to boost the player. Anglicanism adds a lot of flavour to being English/British and Protestant, but I’m oddly disappointed by the bonuses being Anglican gets you. The tax boost vanilla Protestantism is always missed, especially since Innovativeness is still unproven as a worthwhile concept.

Most of the pack’s content revolves around missions. The old mission system, where’d you’d get a random set of three tasks you could work on (largely generic, but some were targeted depending on nation), is now gone. In it’s place is a new ‘tree’ that’s very reminiscent of what Hearts of Iron IV is doing with their Focus Trees. I’ve noticed that a bunch of little things that used to be missions can now trigger as random events instead, but largely a nation’s mission tree will be a mix of generic and targeted goals they can work towards. The important thing is that you can see them all on the screen at once, noting how they trigger, what the pre-requisites are, and what rewards you get. The premium pack offers unique trees for nations of British, English, Irish and Scottish culture. If you disable the Rule Britannia pack, you can see that the English mission tree (as an example) still has the same amount of missions, some of which are still unique, but a lot of them have been swapped out for non-specific goals like 'Have 2 Vassals' or 'Collect X Money'.

It’d need more testing, but whether you have a Random New World may also affect your mission tree. The ‘free’ version of the English tree has some missions around discovering America, where as the ‘premium’ version did not. The only difference was in my ‘premium’ game I’d also enabled RNW, so keep an eye out for that.

There’s little use actually giving a score to Immersion Packs, or indeed any Paradox Expansion of this tier. It was something we realised with Third Rome: that pack did Russia very, very well, but if you weren’t that bothered by the eastern bear then there was little point picking it up. Rule Britannia is the same, though oddly less tied to its own theme, but the missions you get are worth the price of admission alone as they give England and everyone else some very interesting paths to follow. It will be interesting where the team take this system in general, as it’s a great way of giving players purpose without over-complicating the game. If you care about the British Isles, this Immersion Pack gives them a lot more flavour than the free changes alone can offer. Like most DLCs of this tier, this is far from essential.

Paradox Confirms Britannia Does In Fact Rule The Waves Black Lives Matter - How we can all help 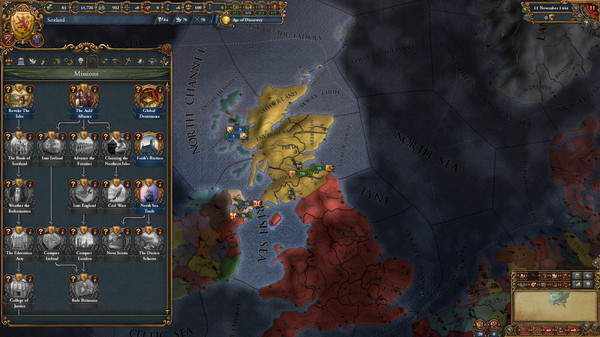 A Quick Guide to Northgard DLC