Imagine trying to squeeze your favourite game into bursts of around ten or so seconds. Much like in the WarioWare series, which takes players through mini-games of around ten seconds a pop, Marooners delivers the same bite-sized gameplay, except the emphasis is on multiplayer battling.

Your first time playing the game will be manic, and the games are really too short for you to be able to figure out what on Earth is going on. The game has an interesting structure, with different games randomly selected across a treasure map-like overworld. During one round, the action will return to the same minigame repeatedly until all bar one of the players is left, but what you don’t immediately notice at first is that each revisit picks up where the last one left off. That means that if you’re careering off the edge of the stage when the game gets left in one section, you’ll still be doing so the next time that particular game starts. Deaths are permanent across the course of games, so if you’ve fallen off a platform early on, you won’t be competing in the same game later on, but you will be able to take part as a ghostly version of your character and try to make things difficult for the remaining players.

Now, the mini-games themselves, are, on the whole, decently varied, though each does share the same level of chaos. Some are easier to explain than others – you might be running towards the camera to escape rolling boulders, like something out of Crash Bandicoot, or running around on a circular platform trying to smash all your opponents off it into a pool of lava or freezing-cold water a la Mario Party. Otherwise, you could be running around on a platform which disintegrates after it’s walked over, trying to be the last remaining player not to plummet off it, or you might be keeping an eye on shadows to avoid being squished at regular intervals during the game. Others can be entirely down to luck over skill, like choosing which section of a platform to stand on before one of them falls like a trap-door.

Ultimately, Marooners doesn't have any staying power and almost no depth. But it's fun in the short term. This is a good game to whip out at a party or with a group of good friends once a year, but that's about it. If that's what you are looking for, then this game is right up there for you. Welcome to Marooners, a competitive multiplayer based game that consists of several 'minigames' you play. In each you will earn coins and the player with the most coins after all stages wins that. Created in 2008, Marooners' Rock features video games, music, TV, movies, comics, and other geeky things. 'To geek out will be an awfully big adventure!' Marooners is a chaotic mix of short minigames in which players can satisfy their thirst for treasure at the cost of their friends of course! LOCAL & ONLINE Multiplayer! Playing local with friends is awesome, better yet: people from all over the world can join your party too! Any combination of 2-6 local and/or online players works!

The obvious common theme between all of them is that gameplay is really a frantic rush to gather up all the coins, jewels and diamonds littered across the stage, and the player with the most at the end is declared the winner. Some bonus stages are solely dedicated to getting as much as you can scoop up before the timer runs out. But the more critical theme is that none of these games really stands out or has a wow factor. Marooners feels like a collection of dated, discarded games from the party games of old, and all the games just feel too similar, with nothing really mixing up the formula. 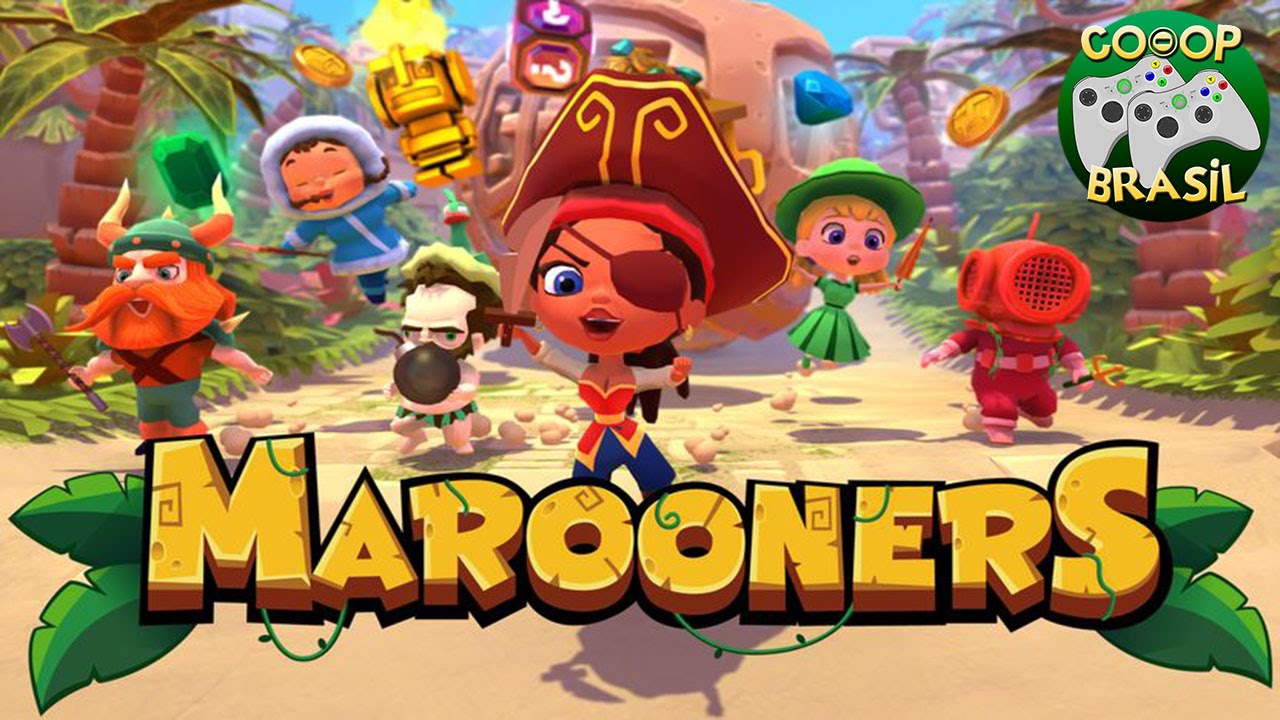 WarioWare is a very easy sell to brand-new players, with games usually involving just the one button press and therefore being simple to pick up. In Marooners, you’ll get a brief screen showing you the controls, which usually involve moving, jumping and striking. It’s by no means an unattainable set of controls to learn, but it does set about a mini internal panic knowing you have just a set number of seconds to learn the controls, spot your character on the screen and get to work. That’s the lasting feeling with Marooners – you’ll remember how bite-size things are, but you won’t remember much about the games themselves.

Marooners has bite-size gameplay bursts like WarioWare, but doesn’t manage to quickly grab the attention in the same way. Too many similar games make this feel like just another party game.