Monster Sanctuary is one of those games I’ve been following since before this blog even existed. Players collect, train, and battle different monsters - a subgenre I believe there can never be enough of - while also adding a unique spin by setting the adventure inside of an interconnected Metroidvania world. The game is available now from Moi Rai Games.

Disclaimer: I received a copy of Monster Sanctuary courtesy of Moi Rai Games.

Opinions are my own.

As the youngest heir of an ancient bloodline of proud Monster Keepers, you step out into the world to follow in your ancestors' footsteps. You will gather a party of monsters to grow and train. Meanwhile, a series of unsettling events worries the experienced Keepers of the Monster Sanctuary. This is the beginning of a journey to unravel the cause of a mystery that threatens the peace between humans and monsters. 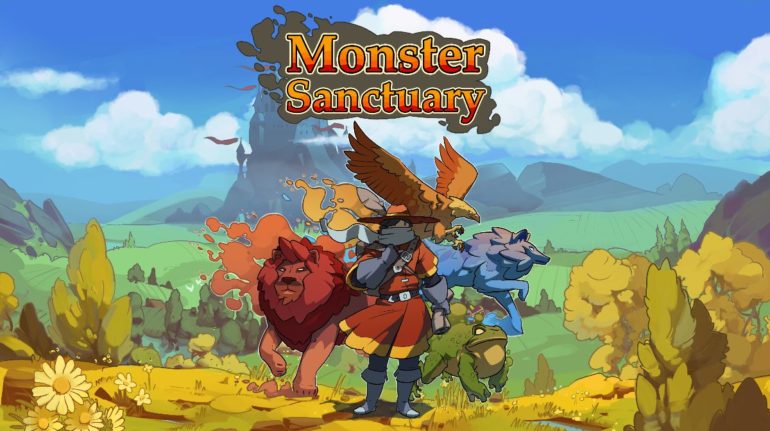 Right off the bat, Monster Sanctuary feels like a true labor of love that the creator poured their entire heart and soul into. That’s what you want from an indie game and Monster Sanctuary delivers. This isn’t another shameless attempt to cash-in on a decades-old trend. The creator has clearly lived through that trend and wanted to create their own, unique spin.

When I first heard of a monster battling Metroidvania I wasn’t sure how it was going to work, especially with its turn-based battles. Metroidvanias are about exploration and traversing large areas in a quick amount of time. Interrupting that flow for a battle can’t possibly be fun… can it?

Yes, yes it can. While there are times when enemies stand in your way and are unable to be avoided, the unique battle system in Monster Sanctuary stays interesting and eventually you’ll be jumping into battles not for grinding or to get a new egg - they’re just fun.

Battles are carried out in a strategic turn based combat where monsters utilize a combo system that emphasizes landing as many hits as possible while building up to a final strike. It often feels like a puzzle more than a battle as you pre-plan which monsters can do the right chain of combos in as few moves as possible.

While this battle system is unique and can be a lot of fun, it’s not entirely frustration-free. After the initial tutorial you almost always face a full party of three enemy monsters which can make battles harder and last longer. Encouraging hitting the highest amount of combos also feels like you’re trying to put on the flashiest show instead of just defeating enemies.

Core gameplay aside, these kinds of games live and die by their selection of monsters. Monster Sanctuary isn’t just another Pokemon or Digimon “but wait this time it’s a Metroidvania.” The monsters all feel like they were inspired by the game’s secondary genre. Replace your Monster Keeper with a member of the Belmont family and nothing else here would feel out of place.

This is as much a Metroidvania with monster collection elements as it is a monster collection game with Metroidvania elements. There's classics like lizardmen with spears and flying minotaurs, while also featuring a blend of cute and cuddly monsters and even some inspired by Japanese folklore. Fans of one of both subgenres will have plenty to love here.

Monster Sanctuary features a number of ways to customize your party to fit your playstyle and execute the perfect strategies. Every monster has a unique skill tree, meaning you can strategize and build each monster the way you want.

You can also feed your monsters different food and equip them with weapons and armor to improve their stats, which I personally find unnecessary and a bit much. From a purely conceptual level I’m against monster collection games where you give your monsters swords and shields and helmets and stuff. It just feels wrong. 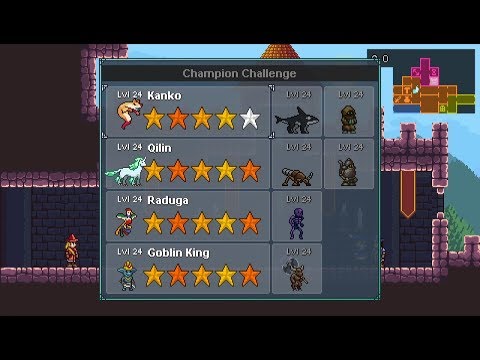 Giving them food makes more sense but the execution of it here is a bit wonky. Only stats from the previous 3 foods eaten will apply to a monster. Feeds them a fourth food and the first effect fades away. It can be frustrating to have to essentially erase one effect to add another, especially when you can’t control which effect is erased. After a while I stopped bothering with food at all.

One that I find really weird is how some monsters are animated way more than others. The magical fire lion god I started with is almost over-animated with several frames for all of it’s attacks, even it’s movements seem more fluid than the players. Compare that to my favorite dinosaur monster who just steps forward to use physical and magical attacks. I’m not an animation geek or a pixel art expert, but I know enough to notice these sort of things. Some monsters just feel more alive than others.

Hands down the best executed concept from this premise is how the two subgenres connect. Players like collecting monsters for their unique abilities. They like Metroidvanias to explore and discover new areas with different abilities. Monster Sanctuary perfectly blends these two ideas together.

One element that was surprisingly downplayed here is evolution. It’s a staple of the monster collection game but only a handful of monsters can evolve. Part of me thinks it works best given the Metroidvania side of things, but I think it was a bit of a missed opportunity to blend the two subgenres. I especially felt this when I was ten hours into my first playthrough and my main battle team was still made up of the first slimeball and baby bird I acquired during the tutorial.

Monster Sanctuary is everything I hoped for when it was first announced. It really captures the best of both worlds with fun and exciting monster battles set inside of a massive world open to explore. This is the game I wish I had as a kid.

Download Monster Sanctuary For Free on PC – Released on August 28, 2019, Monster Sanctuary is an enterprise RPG method sport. Figure out obtain and introduce Monster Sanctuary for nothing on PC proper now. Underneath you’ll uncover all of the instructions, the place you may comply with every development successfully. Remember to impart this submit and website to your companions!