“Hold onto your aprons … it’s time to save the world (again!) Surf ‘n’ Turf Get your sunglasses on, gather your chef squad and fire up the barbecue…IT’S TIME TO GO TO THE BEACH! 12 new levels see you cooking up kebab skewers and smoothies with our new friends the ever so exotic parrot chef and the fiery island chef. You’ll need to keep the barbecue burning and deploy the water pistol for any plate cleaning emergencies!

Campfire Cook Off Gather round the campfire for S’More cooking chaos with four new chefs and brand new kitchens! You’ll need to chop wood to keep the fires burning as you fry up a hearty breakfast, or toast tasty S’mores across 15 new levels set amongst tree-tops and campsites. Fresh levels of co-operation will be needed for the new wearable backpacks that hold the ingredients the team of chefs need to serve the hungry campers. Night of the Hangry Horde This DLC introduces an entirely new horde mode in which players must use all of their cooking know how to repel waves of ravenous undead ingredients.

Get to grips with new recipes, new chefs and even new kitchen equipment; the guillotine is an unconventional but efficient method for chopping all of your favourite ingredients at once! Carnival of Chaos Roll up roll up and join the celebration of all things cooking, co-op and chaos! This colourful DLC puts players to the test as they take on new levels, new recipes, new chefs and that kitchen essential – the cannon!

Players must serve up combo meals to extra hungry customers by combining cuisines on a tray, topped off with a refreshing beverage. Too Many Cooks Pack Grab your aprons, fire up those stoves and assemble the tastiest team yet with this sizzling Chef pack…TOO MANY COOKS! With the help of these five Chefs you’ll be chopping, frying and serving your way to culinary greatness in no time!” 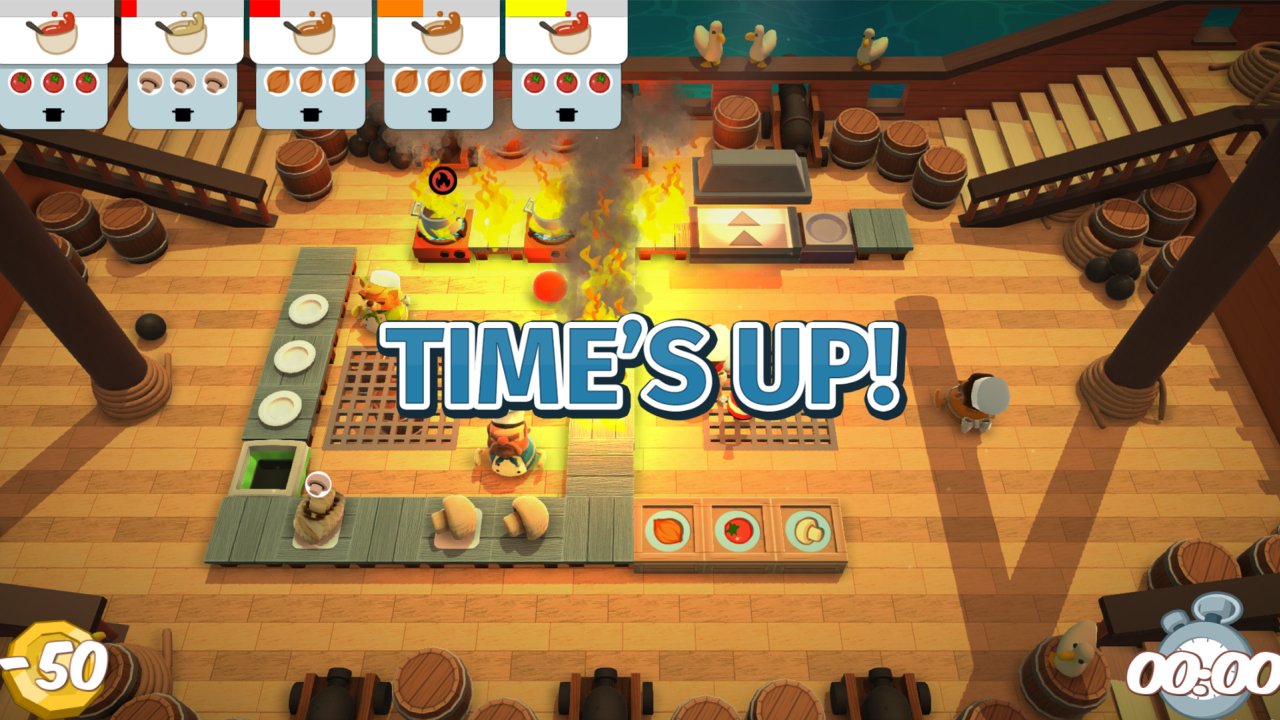 Disclosure: Some of our articles include affiliate links. If you buy something through one of these links, Geeky Gadgets may earn an affiliate commission. Learn more.

Team17 and Ghost Town Games have headed back to the kitchen and cooked up some more chaos with Overcooked! 2:Gourmet Edition. Available digitally today for Nintendo Switch, PlayStation 4, and Xbox One – with the Steam version to follow on 16 April – Overcooked! 2: Gourmet Edition features the base version of Overcooked! 2, along with every piece of DLC released for the game to date, in one complete meal.

Key features of the game:

Overcooked! 2: Gourmet Edition is available digitally on Xbox One, PlayStation 4, Nintendo Switch, and Steam for $48.49, but a launch discount of $36.37 is active for a limited time.