Every decision you are faced with impacts certain areas of your world. You’ll need to select a character and rule your kingdom as you desire.

Lovers of all that is Game of Thrones will enjoy this simplistic title.

You begin the game as Daenerys Targaryen. As you progress, you can unlock new members of the Game of Thrones family and change perspectives, which is a great way to keep the playthrough fresh.

Every member you play presents different challenges and tasks that relate specifically to that person’s story. This constant swap creates all the individual branches of the narrative. 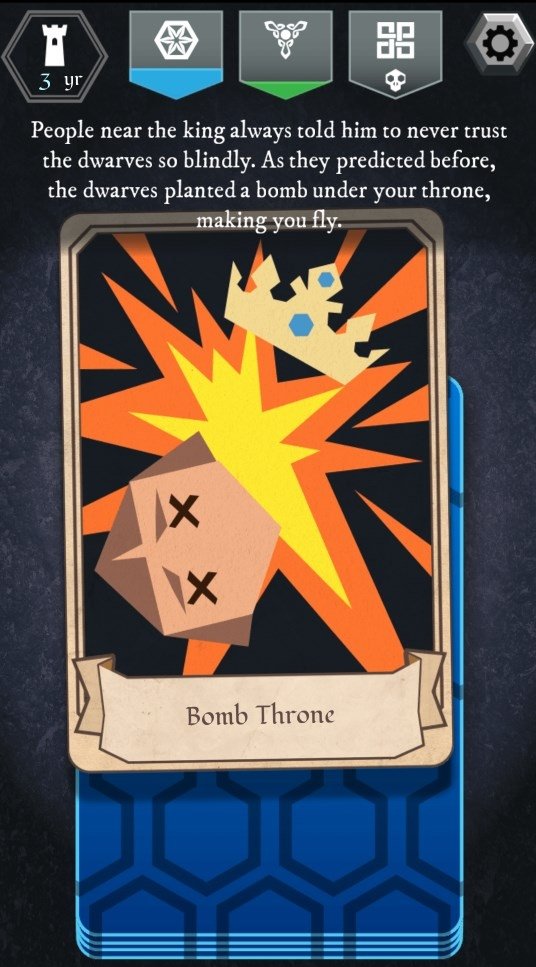 Throughout the narrative, you must face ultimatums and questions that deal with the ruling of your kingdom. There is no middle ground or easy way out. You either swipe left or right when these options are put in front of you. This simple gesture, interestingly enough, builds a tense atmosphere.

Four factors are affected each time you make a decision. The strength of your military and religious favor are the first two you meddle with. State wealth and domestic popularity make up the other two parts. The balance of these factors changes depending on how you choose to answer questions and respond to events. It’s surprising how the smallest choices can have a huge impact on future events. 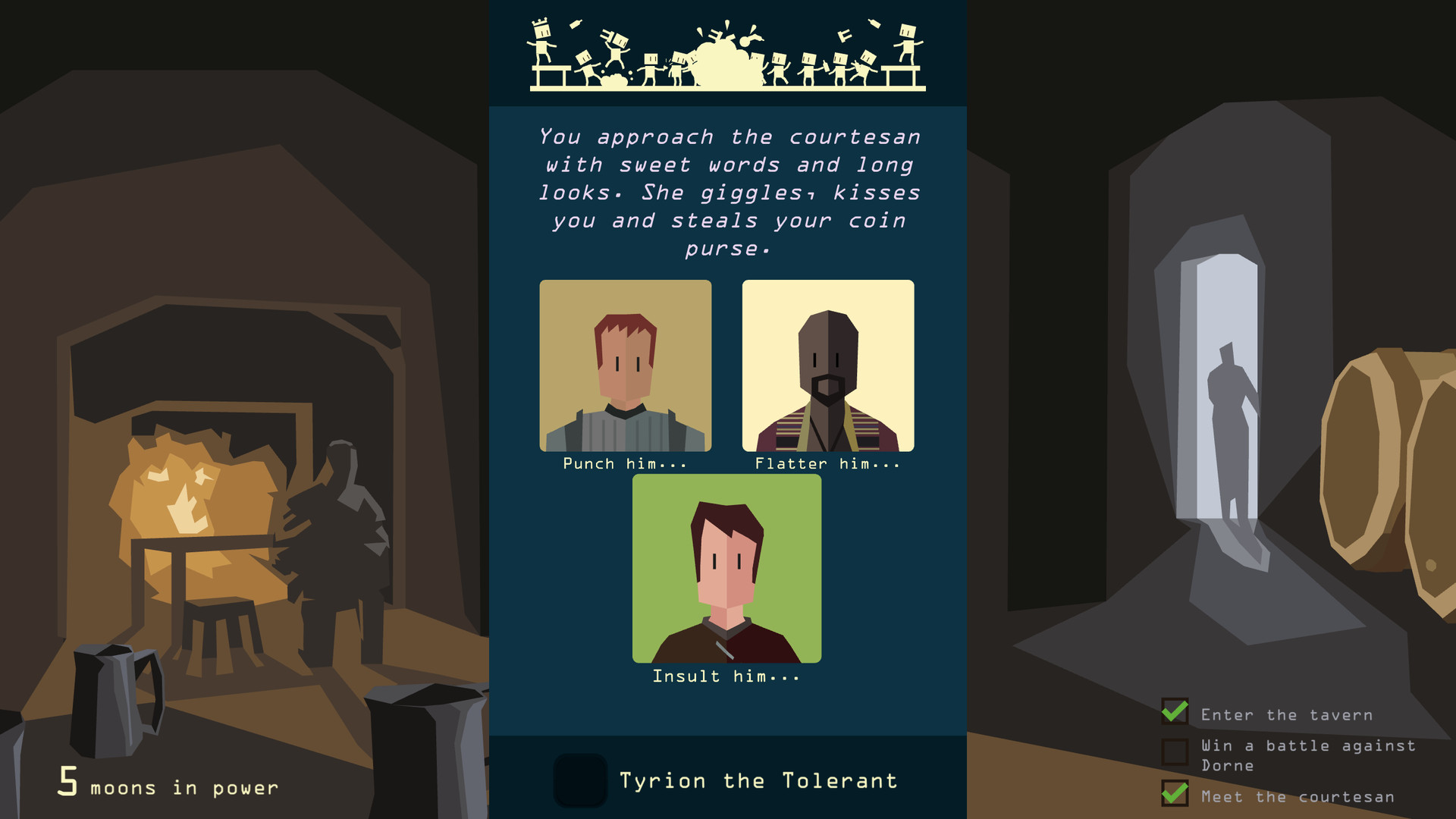 Once a specific factor reaches its minimum or maximum point, your character dies and you become a different character.

Activities like tavern brawling and jousting are included as minigames in gameplay, but they don’t add much to the overall scheme of the game. The visuals could also use a lot of work, as the graphics are rather lackluster.

Many games may offer more enjoyment, but die-hard Game of Thrones fans will not want to move away from their world of fantasy. Reigns: The Council and Reigns: The Queen’s Choice are carbon copies with different stories.

Unless you are an avid lover of this franchise, you may notice yourself quickly growing bored. If you’re a GoT fan, though, you’ll find plenty to enjoy here.

Yes. If you are looking to lose yourself in the realm of fantasy, mystery, and intrigue, then this is a game to download.

Reigns: Game of Thrones — an exciting and minimalistic role-playing game where you will meet your favorite characters from the famous series “Game of thrones”. Studio Devolver Digital pleased with the release of another game about Palace intrigues and coups.

Try yourself in the role of the ruler of the fantasy Kingdom, sit on the iron throne as one of the characters of the same series. Here you have to make important decisions and determine the fate of the Seven Kingdoms with just one touch of your finger. You will not only meet famous characters from the film, but also be able to play the role of any of them, such as Cersei Lannister, Jon snow, Daenerys Targaryen, Sansa stark and many others. Download free for Android Reigns: Game of Thrones – discover more and more new contenders for the throne!

The game does not follow the plot of the books and the series, so you can create alternative scenarios. Only the adoption of balanced decisions, composure and cunning will help to win over rivals. Try to pay attention to the needs of others, balance between the needs of the state, avoid the most dangerous traps and live as long as possible. 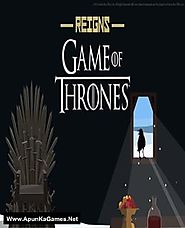