My collection of in-game maps are all contained in the zip file linked below. These are best-of maps that I have put time into cleaning up, clarifying, and correcting. Better yet, I’ve quested from original EQ to present and added enormous numbers of hunter/named/quests/merchants and etc.

Another nice feature, that separates this game from the original RISK game, is the fact that there are several 'strongholds' that give an advantage to either the dark forces or the free peoples depending on the geographic location of the stronghold. Also there are 'leaders' that can lend strategic advantages when attacking or defending in battle. Download RISK: Global Domination and enjoy it on your iPhone, iPad and iPod touch. ‎Everybody wants to rule the world! Now you can play the classic game of Hasbro's RISK online. Fantasy II - Castles & Strongholds SETTINGS - Improved UI - NEW! Add email for password recovery (13+ players only). RISK Europe Map Pack.

Note: I do not recommend placing custom maps in the main maps folder. The reason for this is that every time EverQuest starts, it overwrites 100 zones with default maps. When this happens, any custom geometry is lost and labels will often duplicate.

2020-12-08 Highlights:
Maps now include Claws of Veeshan expansion, including map legends. Hunter locations are still a work in progress. Also included in this set is final Jewel of Atiiki map an almost complete remapping of Kernagir, the Shining City. Both of these took me quite a while, but they are much easier to travel through.

2020-10-21 Highlights:
Was doing some older content in Omens of War and The Buried Sea, I decided to remap some zones that must of have been hastily made with automap. I redid all of Anguish and the Muramite trial zones. While visiting The Buried Sea, I realized that the Open Sea ship-to-ship zones were mostly empty or never had a map. I managed to get into all the instances and mapped them in their entirety. I also included a partial remapping of Jewel of Atiiki where the SW pyramid has been redone.

2019-10-17 Highlights:
I spent some time cleaning up the remaining Depths of Darkhollow zones bringing them all up to my current standards of quality. Most notable was remapping large portions of The Hive to get the hives and ramps really clean and easier to understand how the levels tie together. I was unhappy with the quality for a few zones and remapped them from scratch: Lair of the Fallen, Crypt of Shade, Deepscar’s Den, and Tinmizer`s Wunderwerks.

2019-10-08 Highlights:
While waiting for the next expansion, I’ve been going back to older zones that I have not visited in a while and improve their accuracy and look. Updated 13 original zones, 5 Kunark, 7 Velious, 18 Luclin, 2 Depths, and more. Remapped Chambers of Xill from scratch.

2019-02-04 Highlights:
For TBL, I moved all the hunter information that I had in the guild versions of the map to the public version. All the TBL maps now include legends with hunter, collection, and other information. For The Buried Sea, completely redid Thalassius and remapped significant portions of Zhisza. For Underfoot, remapped Brell’s Temple.

2018-11-27 Highlights:
Included all The Burning Lands maps. Includes all geometry and labels. I will continue to make an override set of TBL maps that include changes throughout the rest of beta. The other file should be placed after this set is installed.
Aside from TBL, I redid the paths in Shadeweaver’s Thicket and Hollowshade Moor. In Stoneroot Falls, added mountains, gates, water, and more. Remapped large portions of The Hive and recolored the layers to make it easier to see how the different areas connect. Ferrott, the Dream – added NPCs and locations for the mercenary upgrade quest.

2018-10-17 Highlights:
Went through all zones and relabeled all zone connections to reflect the true name of the zone. Redid paths & buildings in Original EQ zones such as Commonlands, Nektulos Forest, Kithicor Forest, Butcherblock Mountains, Greater Faydark, and Lesser Faydark. Added a small missing area to Lake Rathetear on northern side of zone with some barbarians clinging to the cliff. Heaviest changes are in Depths of Darkhollow zones with brand new maps for Illsalin Marketplace, The Nargilor Pits, and Temple of Korlach. Ramps added in Stoneroot Falls. Moved zone lines in The Serpent’s Spine in Direwind Cliffs, Sunderock Sprint, and Goru’kar Mesa to make them more precise.

2018-08-31 Highlights:
Minor changes to fix some zone names. References to Qeynos Catacombs changed to Qeynos Aqueduct System and Shadowhaven changed to Shadow Haven. Redid the map for Ragrax, Stronghold of the Twelve from scratch. Added missing ramps in Undershore and recolored upper/lower levels in the NW and SE areas. Cleaned up portions of Argin-Hiz and added second floors to most of the houses.

2018-07-19 Highlights:
The most notable changes in this set of maps are a remapping of all the buildings in Corathus Creep and The Elddar Forest. In The Darkened Sea, spent quite a bit of time cleaning up and recoloring the geometry in Arx Mentis, should be much easier to see how to get around. Also in TDS, I remapped all the towers and tower levels.

2018-06-15 Highlights:
Remapped the Catacombs of Dranik (A-C), Sewers of Dranik (A,C), the Ruined City of Dranik, and the Bloodfields. Took quite a bit of time, but these new maps are significantly better than the originals. I also added named mobs and trap locations. With these redone, I’ve finished redoing all the maps from Original EverQuest through Omens of War. I already had Dragons of Norrath maps complete, so I will begin working on Depths of Darkhollow.

2018-05-25 Highlights:
With all the maps through Gates of Discord done, and Omens of War almost finished, I decided to make a pass through zones in the subsequent expansions to standardize and clean them up. Biggest change to most maps is coloring the various levels of zones to make them easier to understand. Enormous number of changes in Depths of Darkhollow, Prophecy of Ro, The Serpent’s Spine, Underfoot, and Veil of Alaris maps.

2018-05-05 Highlights:
Huge number of changes, once again, across almost all expansions, but mostly focused on zones after LDoN. Some of the major changes include: GoD: redid all the Sewers of Nihilia instances, cleaned up Barindu, Qinimi, and Riwwi. OoW: remapped large portions of Asylum of Anguish, remapped Bloodfields, redid all Dranik’s Hollows instances, redid Ruined City of Dranik, and remapped Sewers of Dranik. PoR: redid coloring of upper levels of zone. TDS: Tempest Temple cleanup, redid large portions of Degmar.

2018-04-05 Highlights:
Most of the zones of original EQ, Kunark, Velious, Luclin, PoP, LoY, and LDoN expansions cleaned up, I’ve started focusing on GoD and OoW. On the GoD expansion side: a cleaned up Ikkinz, Qvic, Qinimi and Tipt. The zone for Txevu was so bad (and upside down), I redid it from scratch. For OoW expansion: remapped Dranik’s Scar, redid 80% of Noble’s Causeway. I started redoing Wall of Slaughter and realized Good redid it recently; I folded his map and my map together and still working on clarifying the upper castle areas. For DoD: recolorized The Hive and did partial cleanup.

2018-03-09 Updates:
Large set of updates. Everything from original EQ zones to RoS. As I was knocking out tradeskills, I added hundreds of different ground spawn locations. Redid maps for Inktu’Ta, Sewers of Nihilia, Tacvi, Yxtta, portions of Ruined City of Dranik, west side of Western Wastes, Oceangreen Village, Hatchery Wing, Lavaspinner’s Lair, Ruins of Illsalin, Goru’kar Mesa, The Library, and added all hunters to TBM, EoK, and RoS.

2018-01-05 Updates:
Updated the main zip file to include all of RoS. All zones are included, even the rough version of Veeshan’s Peak. Legends of the maps include hunter & placeholder info. There are some that are missing, and I’ll be flushing out the rest of the info. As always, while running around some older zones, I found NPCs missing from my maps and added them (PoK, Nightmare, Mesa, Riftseekers, Innothule B, North Karana and many more).

2017-10-26 Updates:
A massive set of updates for almost every zone. Progression servers will likely be excited for my LDoN maps. This set also includes the first two zones in RoS, but I would recommend installing the separate RoS files afterwards.

2017-06-05 Updates:
New version of map files with original EverQuest & Kunark hunters. Hunter information in the legend as well, similar to what I did for newer expansions. Also revised versions of Heart of Fear zones, Plane of Shadow, Abysmal Sea and much more.
For a full list of changes, see this POST.

2017-05-01 Updates:
New version of map files putting the prior edition to shame. All players from progression to latest content have something to appreciate in this set.
For a full list of changes, see this POST.

2016-11-16 Updates:
Empires of Kunark maps added as a separate download (see above). I’ll fold them into a single zip file after the initial frenzy of downloads wears off.

2016-10-01 Updates:
A massive update of all original EverQuest zones. I tried to look at the map as a newcomer to the game, reviewing them for clarity in navigation and labeling. I loaded each zone into a 3D modeling program (Sketchup), cleaned up geometry, and visited the zone to remap and label everything. My final review was visiting the zone with my old EQAtlas binder printouts and adding additional information. Some zones took 3-4 hours to redo, others, took 10+.

For starting players, I remapped the tutorial zones:

From there, I moved out to all starting cities; cleaning up navigation, geometry, stairs, doors, cultural forges, boats, and etc. Every NPC was reviewed and added if missing. Merchant information was also fixed. Both Freeport zone maps looked so bad, I redid them from scratch. Zones like Paineel, Erudin, Erudin Palace, Neriak Ak’Anon, Shar val, took an enormous amount of geometry cleanup and many had missing areas. East Cablis was also rough in cleaning up the tower & catacomb areas.

For other EQ zones:

Original EverQuest zones that were standardized and notable changes:

In addition to redoing original EverQuest zones, many of the maps in the subsequent expansions went through one round of cleanup, but I still haven’t finalized them. 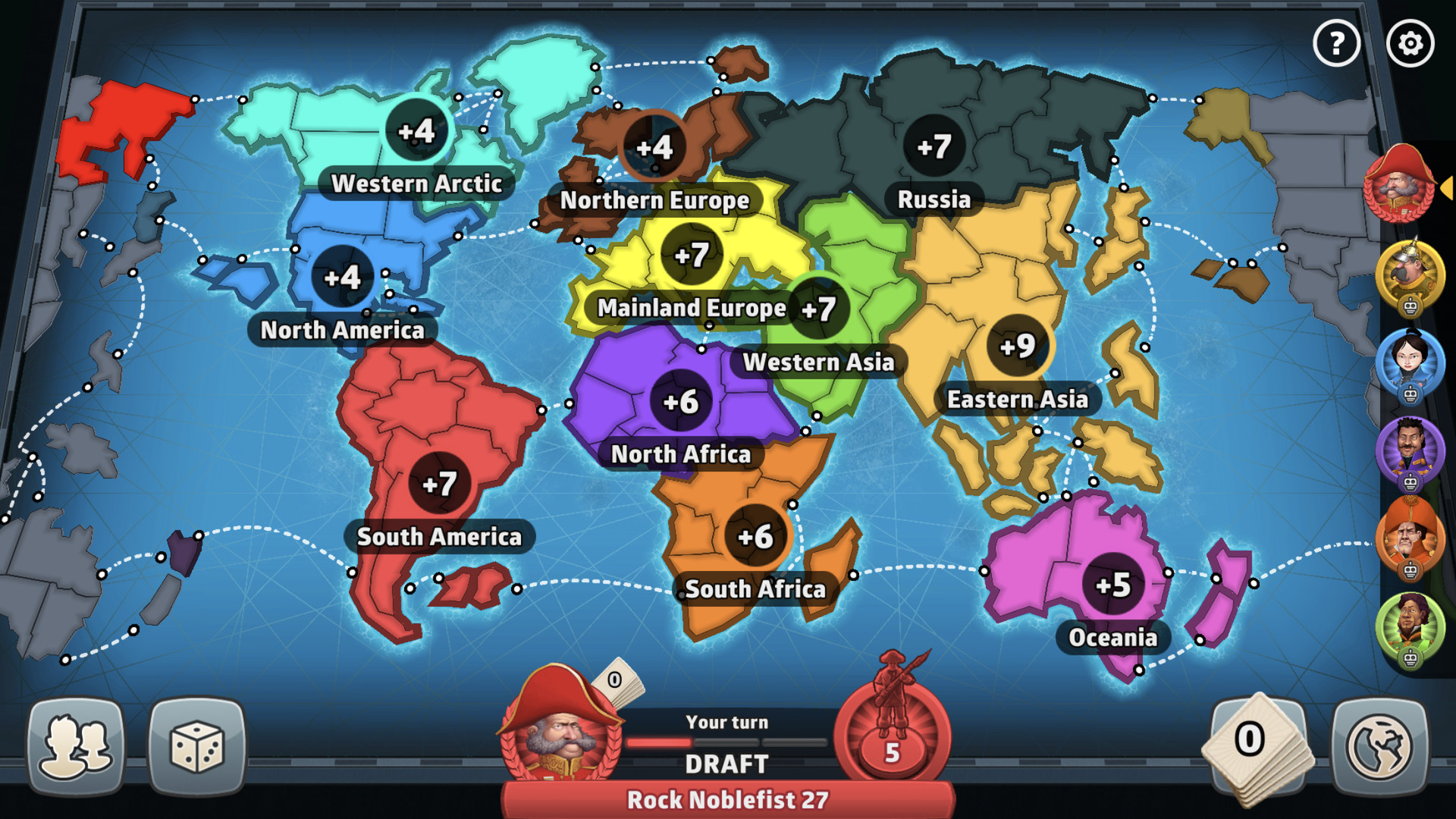 Also added quite a bit of information in Rain of Fear zones as I’ve been knocking out various quests.

2016-03-20 Updates:
Includes all of my personal maps for The Broken Mirror. All maps created by me.
Includes Plane of Hate with accurate second floors on the main floor and top floor. Took me a long time to get z-axis clean.
Hundreds and hundreds of hunter locations in dozens of zones. Especially Veil of Alaris.