?Say you’re a supervillain. You’ve had a hard days work of conquering, subjugating and committing general acts of bastardy. You sit upon your throne (won through an elaborate bloody campaign of shadowy doings), summon a henchman to bring you a drink (preferably in a chalice made from the skull of your archenemy), and take off your armored boots to relax (perhaps while petting a fluffy kitty). All you need now is the perfect music to listen to. But what’s this? Too many songs are made for the good and heroic in mind, and one can only listen to “Night on Bald Mountain” so many times. Where is the music that caters to the super-villains, the dictators, the bloody murderers and insane schemers among us? Look no further than this list! There’s a song here for every type of villain.

Two caveats: No Disney songs; they’re too easy. The moment we mentioned “Villain songs” some of you began humming “Hellfire” from The Hunchback of Notre Dame, and yes, it’s a great song, but it’s been discussed time and time again. Also, we’re only picking songs with lyrics, as opposed to instrumental themes like the “Imperial March.” It’s time to shine the spotlight on some of the other great songs that celebrate and feature bad guys.

According to Dave Grohl, he wrote this song because he feels he never had any heroes growing up. This song pays homage to the heroes we could find from all walks of life — nurses, firefighters, teachers, community volunteers, parents, among others — that make our lives better. “Heroes and Friends” by Randy Travis. Fullcombo.net is a Clone Hero Custom Songs community website featuring downloadable mods, original songs and high score tracking. I hope you have a hero in your life and are serving as a hero for others as well. We never know whose eyes are looking to you as a role model! Fullerman5000 on July 13, 2017: Great list of songs. I was definitely happy to see My Hero by the Foo Fighters and Kryptonite by 3 doors down. Did not realize how many more songs are out there about heroes.

10) “Skullcrusher Mountain” by Jonathan Coulton
This villain’s love song comes to us from Jonathan Coulton’s album Where Tradition Meets Tomorrow. Hey, villains need love, too — ust because you’re a mad scientist controlled by voices in your head doesn’t mean you can’t find that special someone. And when that special someone tries to make a break for it, time for a friendly reminder that there are wolves outside your secret lair. Hungry wolves. And if your love interest isn’t delighted by gifts of monkey-pony hybrid monstrosities? A trip in a golden submarine should definitely win them over, especially because your Doomsday Squad has ensured that you’ll be the last two people left on earth. Romantic! If at first you don’t succeed, try, try until Stockholm Syndrome sets in. 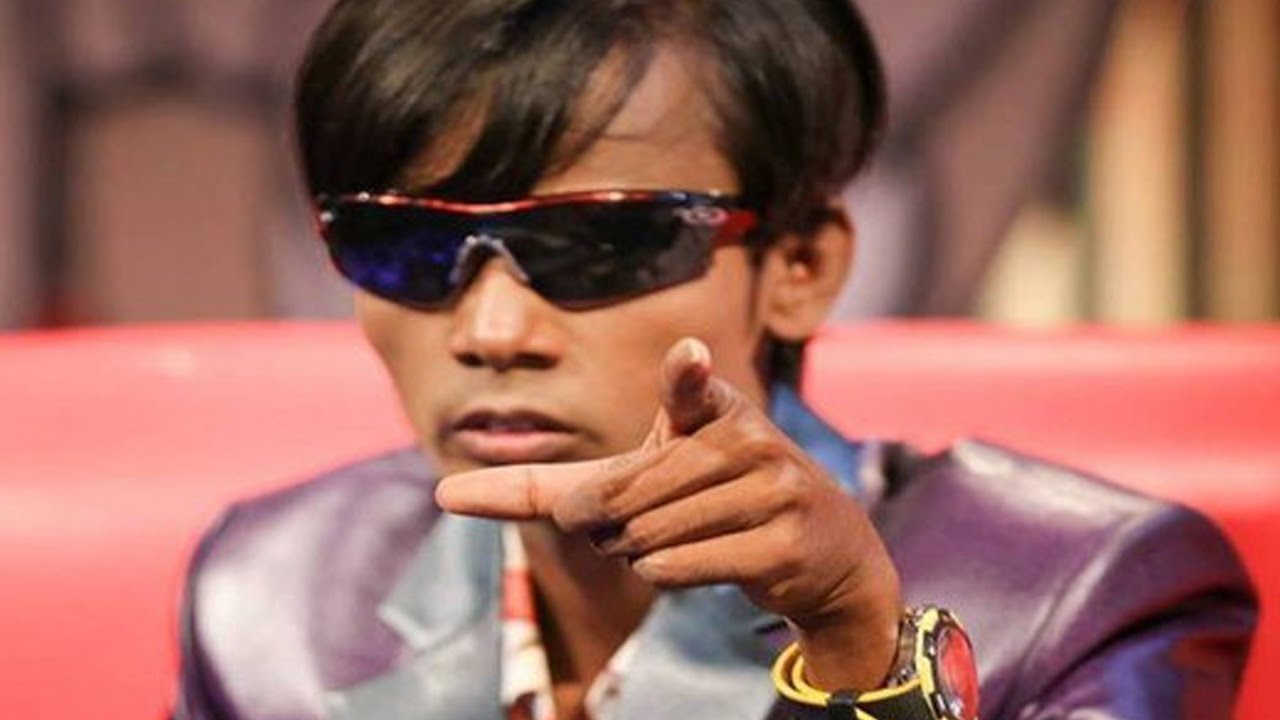 9) “Villain Song” by Kirby Krackle
It’s hard work being wicked. This song is for the villain who feels like giving up, firing the henchmen, and retiring to a quiet life of relaxing on the beach. Kirby Krackle, an amazingly enjoyable comic book-themed band, knows your plight, and is there to tell you that it’s never too late to dust off that death ray and revive an old rivalry. Because guess what? While you’re puttering around in post-villain retirement, the hero is still out there acting all smug. Are you really going to stand for that? Maybe it’s time to come out of retirement and rekindle the fires of that old foe-mance.

8) “When You’re Evil” by Voltaire
Voltaire, the goth option for Weird Al fans, writes songs that celebrate the darker side of life, from “Devil, Devil, Devil, Devil Evil, Evil, Evil, Evil Song” to “BRAINS!” This song from album “The Devil’s Bris” serves as a reminder that sometimes a villain doesn’t need a complex motive. Evil can be it’s own reward! “I do it all because I’m evil and I do it all for free… your tears are all the pay I’ll ever need!” Wrongdoing may not always be the most lucrative endeavor, but when you get discouraged, just think about all the lovely pain and suffering you’re causing. Voltaire’s latest album, Riding a Black Unicorn Down the Side of an Erupting Volcano While Drinking from a Chalice Filled with the Laughter of Small Children, looks fiendishly promising as well.

7) “Where There’s a Whip, There’s a Way” from Rankin/Bass’s Return of the King
Villains are bosses. Bosses have to manage henchmen, and sometimes use brutish creatures to get things done. Heck, someone has to go out and butcher while you sit back, tent your fingers and plot. But how do you get lowly minions to behave? Corporal punishment, naturally. This song will remind the henchbeasts why they should fight the bad fight and follow your leadership. But fear of the whip is only the beginning. This song is also catchy enough that they’ll be singing it in their off-hours, effectively brainwashing them to be slaves to your cruel and funky whims. It also lets enemies know that not only will your orcs fight for you, they will groove for you. As with most things villainous, this song has style. It’s guaranteed to lighten up even the dreariest of death marches!

6) “Hank Scorpio Theme Song” from The Simpsons
Maybe whipping is a bit too barbaric for your tastes. Is your brand of villainy more refined? Do you want healthy, happy henchmen who would fling themselves off a cliff for you because you’re such an awesome boss? Then a good role model for you is Hank Scorpio, executive villain extraordinaire. His villainy is so insidious that his employees mistake his methods for good. Featured in the episode “You Only Move Twice,” Scorpio’s song demonstrates the perks of working for a villain: free dental care, a stock plan that helps you invest, generous pensions plus three weeks paid vacation each year and on Fridays the lunchroom serves hot dogs and burgers and beer (he loves German beer). Success always looks like goodness to lowly folk accustomed to failure (hi there Homer!), and if you let a normal person see that evil is the surest path to success, you may just have another convert to your dastardly cause.

5) “I Can’t Decide” by Scissor Sisters
Sometimes a villain is pure pants-on-head crazy, hearing constant mental drumbeats, gassing politicians, and tormenting elderly versions of archenemies. Speaking of archenemies, maybe you are really into your rival, like whoa. To say that you are obsessed is putting it lightly. You can’t decide on one fate that is horrible enough, so you choose all of them and top it off with the worst. “I Can’t Decide” by the gloriously campy disco-pop band Scissor Sisters is the song for you, and the most recent incarnation of The Doctor’s old rival The Master is your inspiration! This is a great song for villains with a Joker-like sense of the theatrical, so much so that intervals of manic giggling compliment it like a fine wine.

4) “Supervillain” by Powerman 5000
Times are tough for supervillains. Just when you get into the swing of things, the universe reboots. Suddenly you are alive again in a brand new yet suspiciously familiar city to wreck havoc upon. Maybe the Guild of Calamitous Intent is harshing your buzz with too much paperwork and logistics of proper arching. Maybe the Annihilatrix is on the fritz again. Point is, even evil gets the blues now and then. This is when you crank up Powerman 5000’s “Supervillain” and remind yourself of how gloriously enjoyable villainy can be, and how, no matter how hard the 90’s tried, the heroes will never be as metal as you. Let Rob Zombie’s little brother bounce around and remind you why you want to live like a supervillain.

Good Songs For A Hero

3) “Slipping” from Dr. Horrible’s Sing Along Blog
People love to wax poetical about the hero’s journey, but who talks about the villain’s journey? It’s not like a person just wakes up evil one day with plans for world domination fully realized. Dr. Horrible’s Sing Along Blog is the story of a normal man’s descent from casual to full-scale villainy. “Slipping” captures the moment Billy realizes the power fear and pain has over others. (Just remember to keep that freeze ray charged, folks.) Why this song and not “Brand New Day?” Because while “Brand New Day” is all about the fantasy of villainy and vengeance, “Slipping” shows how a real act of evil sets Billy on his course to become a true villain, one whose actions can never be redeemed.

2) “Still Alive” from Portal
Yes, yes, it’s so very 2007. But “Still Alive” is still a great villain song. The combination of Jonathan Coulton’s songwriting and Ellen McLain’s expressive, winsome vocals makes it an unforgettable post-game anthem. This song expresses GLaDOS’s satisfaction and feelings of success in face of supposed defeat. Even if it seems like the hero has won, and you’ve been torn to pieces, thrown into a fire, and had your heart broken, you’re still alive. Think of your defeat as an experiment. When you’re a villain, you do what you must because you can. Everything’s going according to plan after all. Now warm up that death ray and go get `em, tiger!

Songs For A Hero Plot

1) “The Hounds” by The Protomen
There’s nothing like a good old-fashioned vow of vengeance. Dr. Wiley’s song “The Hounds” marks the beginning of a glorious rivalry between two scientists, one who wants to save humanity and another who wants to enslave it. This poetic, dark and jazzy anthem of hatred is brought to you by The Protomen, a mysterious group of musicians who joined forces to turn the plot of Mega Man into a dark, dramatic dystopian dreamscape of a rock opera. “The Hounds” is a song of villainous resolve that takes place just before Wiley seizes control of the media to manipulate the public’s attention like the easily led cattle they are. Play this song to get in the mood just before showing all those fools why they should’ve listened to you in the first place.

Songs For A Hero