The Journey is the ninth studio album by Scottish rock bandBig Country, released on 8 April 2013 through Cherry Red Records.[1][2]The Journey is the first and only Big Country album with The Alarm vocalist Mike Peters taking over for the late Stuart Adamson, who died on 16 December 2001 at the age of 43, and former Simple Minds bassist Derek Forbes replacing Tony Butler, who retired in 2012. It is also the first album to feature Jamie Watson, who joins his father Bruce Watson on guitar. The elder Watson along with drummer Mark Brzezicki are the sole remaining members of the band's classic lineup present on this album.

Stuart Adamson reportedly gave his blessing to Mike Peters fronting the band should they ever tour again, ruling himself out of the equation as he pursued his own interests after settling in Nashville.[3] After his passing, the three surviving members initially reunited as a trio with Tony Butler assuming lead vocals for their 25th anniversary tour, releasing a live album in 2007.[4] In December 2010, Bruce Watson officially asked Peters to join the band for their upcoming 30th anniversary tour.[3] By this time, Jamie Watson had followed in his father's footsteps by joining him on guitar. In 2011, the band released the song 'Another Country', their first single with Peters and the younger Watson. Tony Butler gracefully retired from the band in 2012, passing his duties onto Derek Forbes, who had recently been voted Scotland's Greatest Ever Bassist by the readers of Dear Scotland,[5] and in the words of Butler himself 'plays a mean D.'[1] Coincidentally, Adamson had been voted Scotland's Greatest Ever Guitarist by readers of Dear Scotland just a few weeks prior to Forbes receiving his honor as greatest bassist.[6]

Recording for this album took place in an old Cold War bunker located in the Welsh border town of Wrexham, with eight-feet thick walls and no phone or Internet signal.[1] Bruce Watson provided some insights into the recording as well as the band's transition with Peters assuming the role of singer and lyricist in an interview with PopMatters:

The difference between Mike and Stuart is that Stuart was a guitar player who sang, Mike’s a singer who plays guitar. I told Mike that this was the process that we always used. He said he’s never done it that way, but we should do it that way if that’s the way you always did it. And he enjoyed that process. Basically, the musicians would go into the studio and Mike would come in, sit, and work on his melodies and take notes. The next day he would come back, just like Stuart, and he would have his lyrics and melodies all done.[7]

The Big Journey has a simple story: Mr. Whiskers discovers that Mr. Choo (the world’s best dumpling chef) is missing and the hungry cat follows a trail of dumplings across five biomes to find him. The highlight of the story is the incredibly funny cast of animals you meet along the way.

Watson went on to say that Peters was the only person he would have asked to take on this task:

If Mike had said no, I thought we would just do it with the original members and play a couple of conventions here and there. Mike’s approach to the whole thing has been absolutely amazing. I didn’t expect him to go that far with it.[7] Though Jeffrey X. Martin of Popshifter writes that he wishes the band would change their name, he concludes, 'The Journey grows on you, more endearing with each listen and, as we approach the mid-point of the year, it’s the best new album I’ve heard so far.'[13]Colin Someville of The Scotsman was less enthused, commenting 'the band had an inspirational sound and spirit through the most dire of circumstances, but perhaps now would be good time to move away from the memories.'[14] Alan Morrison of The Herald also panned the album, describing the songs as 'unforgivably poor, weighed down by middle-aged rock clichés in words and music.'[15] However, Ian D. Hall of Liverpool Sound and Vision graded the album 9 out of 10, writing it 'befits the memory of the man sadly no longer with his fans and also cements the future for the rockers.'[10]

Joseph Kyle of The Big Takeover praised the band's selection of Peters to fill the void left by Adamson, calling him 'the best man for the job.' He concludes his review by writing, 'The Journey is easily one of the best records of the year, a surprising return for a band no one expected to return, and a proud continuation of Stuart Adamson’s legacy.'[16]

Tim Peacock of Record Collector gave a similar impression, writing, 'Only the most optimistic of diehard fans could have conceived of Big Country making a credible comeback over a decade after Stuart Adamson’s tragic death. Yet, with The Alarm’s Mike Peters taking centre-stage and Simple Minds bassist Derek Forbes adroitly subbing for Tony Butler, that’s just what these astutely reconstituted veterans have done with The Journey.'[11] Australian writer Sebastian Skeet wrote: 'Without Adamson the band can never get close to their original power and influence. What makes this an album worth listening to is the care and love poured into it by the players themselves as they pay tribute to their lost singer.'[17]

All tracks written by Brzezicki, Butler, Peters, B. Watson and J. Watson, except where noted.[18]

The album's credits and personnel can be obtained from the liner notes.[18]

This cutesy odyssey stars a feline foody, Mr. Whiskers, as he hunts dumplings and the enigmatic Mr. Choo. While on its surface this is just a kiddy port of a mobile app, it’s surprisingly sophisticated in practice. Is there enough here to keep kids occupied and their parents stimulated? 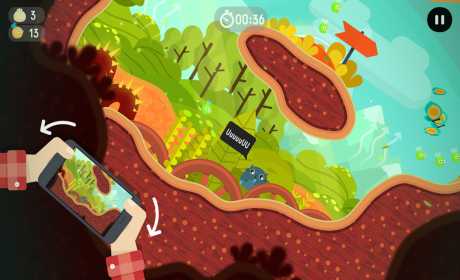 The Big Journey is incredibly simple: your primary controls are tilting the world around Mr. Whiskers so he can roll toward his goal and jumping into enemy blobs. The game allows the player to choose between analog and motion controls, both of which are responsive and crisp. Since this was a mobile game before getting ported to Switch, it makes sense that the motion controls are as good as they are.

There is also an option to jump by tapping the Switch’s touch screen, but since you are required to play with Joy-Con attached in handheld mode there’s no real need to use this option. I found myself switching back and forth between the two control schemes trying to determine which I preferred, but I never came to a conclusion. Both are equally simple and fun.

Enjoying our The Big Journey Switch review so far? Don’t forget to like us on Facebook and follow us on Twitter for more Nintendo Switch content. Also, please consider supporting us on Patreon so that we can continue to do what we love doing. 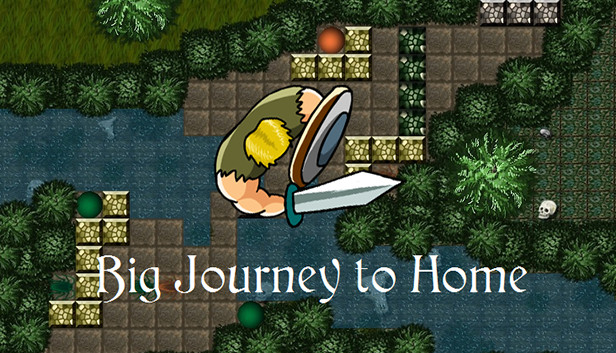 Each of the 30 levels in The Big Journey follows the same basic pattern: Mr. Whiskers must traverse small tunnels, bouncy platforms and a variety of obstacles in order to reach the arbitrary goal at the end of each stage. There are some repetitive hidden areas that contain dumplings: a good number of the dumplings can be found by just moving a bit to the left of the apparent wall. It doesn’t really change the way the levels play out, but it can make completing the game monotonous after finding umpteen not-really-hidden dumplings.

Mr. Whiskers grows larger and larger after eating set amounts of dumplings, if you find all of the dumplings in a single run, our furry hero becomes too chubby to fit through some of the tunnels and must voluntarily take damage in order to shrink and ultimately reach the goal. Not being allowed to take all the dumplings at once is slightly annoying, since that’s the whole point of the game. 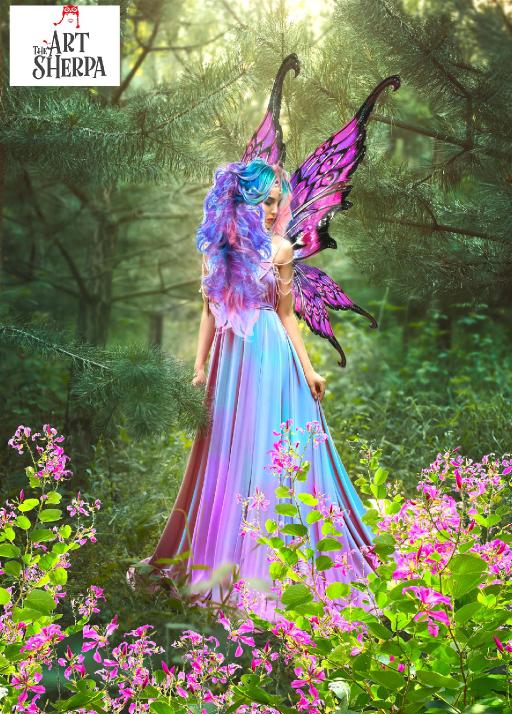 The Big Journey​ has a simple story: Mr. Whiskers discovers that Mr. Choo (the world’s best dumpling chef) is missing and the hungry cat follows a trail of dumplings across five biomes to find him. The highlight of the story is the incredibly funny cast of animals you meet along the way. Between the zany one-liners and pop culture references aplenty I found myself laughing with nearly every friendly encounter. The ending is a bit of a disappointment but doesn’t really detract from the overall cutesy appeal. ​The Big Journey t​ruly is about the journey and not the destination.

The first thing you’ll notice about The Big Journey is its unique graphical style. First and foremost, the protagonist, Mr. Whiskers, is adorable. This is true of all the characters: all the cats you control and all the other woodland creatures you encounter are cute to the point of audible awwwww-s.

Luckily the characters didn’t overpower the backdrop. The entire game is vivid and full of color. If the screen were any smaller, I could imagine it being a bit cramped and over-stimulating but I never had this problem in handheld mode. The only issue I had with the graphics are the occasional enemy that would blend in with the background, or be obscured by some colorful foliage.

The music in this game is just as light-hearted and delightful as the graphics. Each “World” has a unique group of musical themes that make up the overworld music and really help round out the pleasant aesthetic of the game. It’s simple and fun, like the rest of The Big Journey. 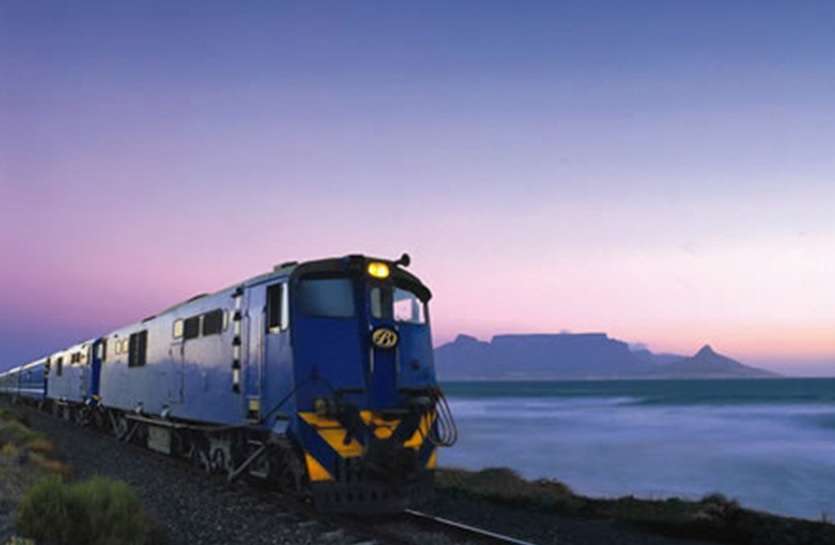 The Big Journey isn’t something a “hardcore” gamer would look twice at, but it’s their loss. This game is a laid back romp through a variety of beautiful stages that never get stale. There are a few weird issues that stand out among the overall goodness of this game: the menus and achievements are kind of glitchy (I unlocked a character by completing the wrong achievement and was thus locked out of completing the game) and the game is really short (you could realistically power through it in a couple hours). I was surprised by how fun the game turned out to be, but it was too simple to hold my attention for very long. The Big Journey is a game that kids would love and their parents would enjoy but cringe at the $5 price tag.

Thank you for checking out our The Big Journey Switch review and thank you to our $5 and up Patreon Backers for their ongoing support: