The Mooseman is a 2D adventure puzzler that is unlike any game that you’ve taken in before. You play an explorer/shamen who, with a trusty walking stick, journeys deep within a mysterious. 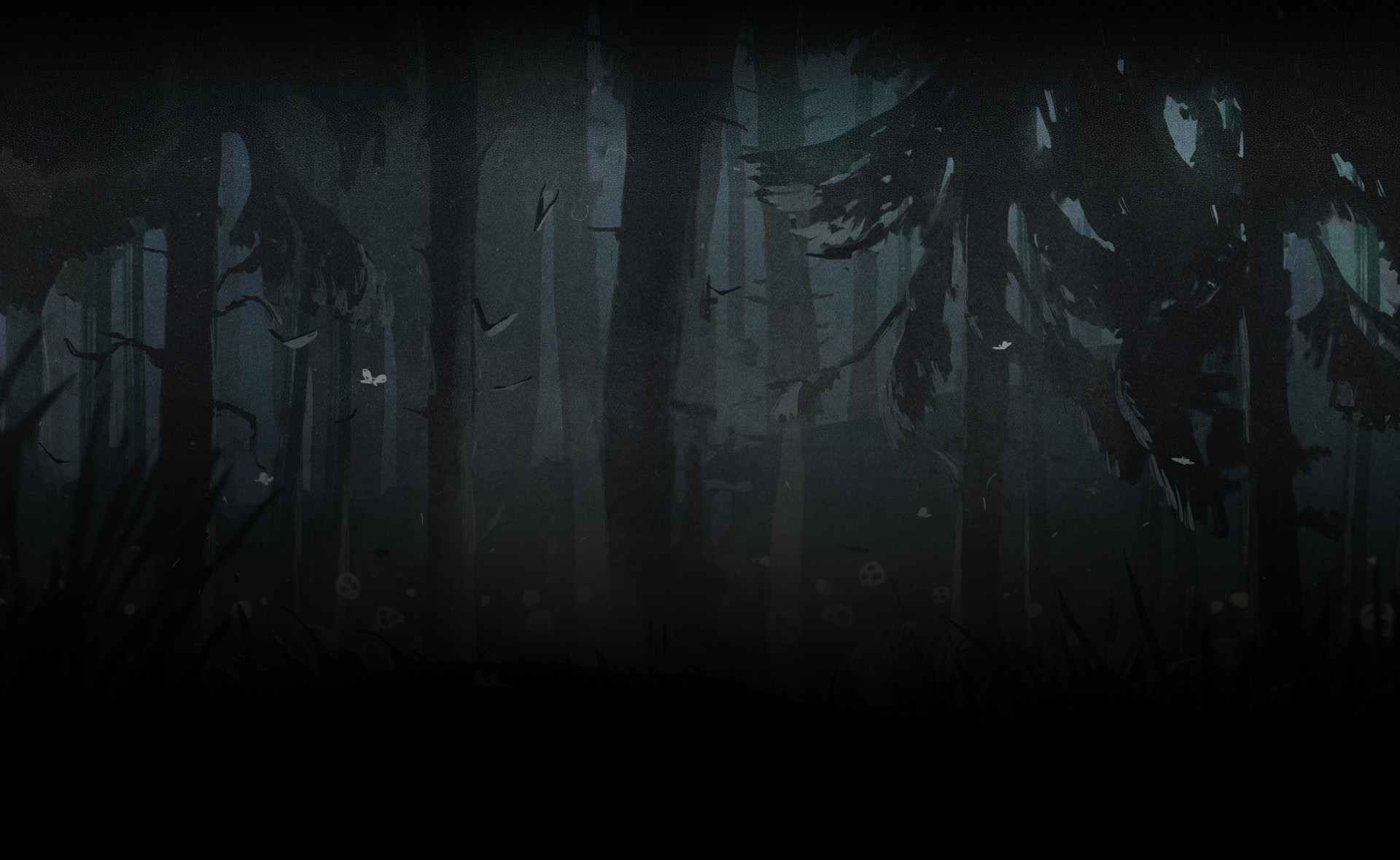 Following a well-received release on Steam last year, Russian indie studio Morteshka recently brought their debut title The Mooseman (out now, free) to mobile. To find out more about the team and story behind this stunning mythology-inspired adventure game, I got in touch with Morteshka’s Vladimir Beletskiy for a chat. Check out the interview below! 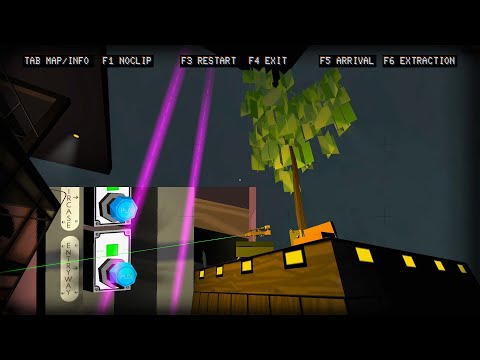 Thanks so much for joining me for this interview, Vladimir. To start, could you please introduce yourself and chat a bit about how you got into game development?

Thank you for inviting us for the interview! My name is Vladimir Beletsky, I am the game designer, programmer and artist of our small team. I started working in game dev around 2012 in flash gaming. After several small games, I joined Alternativa Games to work on Tanki X as a programmer and later as a product manager. As a side project, I started the Morteshka gaming company and not long ago I decided to fully immerse myself into this startup to work full-time on our post-Mooseman project.

‘Morteshka’ is a lovely word. What does it mean, and why did you choose it as the name of your studio? 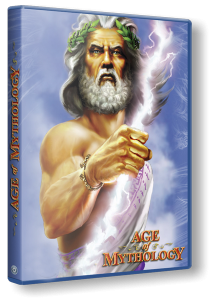 “Morteshka” is a play on the word “Matreshka.” It is a famous Russian toy that consists of doll layers. We combined it with the word “Mort” because it means “death” in old slavic languages — and nowadays French — and also means “human” in Komi language.

What is Morteshka’s key philosophy or mission statement as a company?

As you’ve correctly assumed, our name ties tightly with our philosophy. As I’ve mentioned we love grim themes in video games, and we want to explore this further. We want to talk about unconventional things in games, including “serious” stuff. Our first game shows us working with Finno-Ugric mythology. We also are strong believers in taking an artistic approach to video game creation. That is the “human” part. We want to make what Johnathan Blow called “deep games” — games that have deep meaning and leave a lasting impression on our players.

Your debut game, The Mooseman, recently arrived on iOS and Android. How long was it in development for prior to release, and how many people worked on it?

The development started around May of 2015. In 2017 we released on Steam and then a year later on mobile. Two people were mainly involved in the primary version: myself and Mikhail Shvachko, who did sound and music. For mobile porting and optimization we got help from our friend Andrey Khudozhidkov. We also had many other people helping us with aspects of the game like the amazing choral music, which was provided by the student choir of Perm State College of Arts and Culture.

Without giving too much away, what can you tell me (and my readers) about The Mooseman’spremise, story and gameplay?

The player finds himself in the midst of long-forgotten Finno-Ugric myth while playing as a character called The Mooseman. He has the ability to see the world of spirits and gods that is generally hidden from the mortal eye. This ability provides the main gameplay mechanic: by manipulating spirits you can control the world of the living. Later in the game the Mooseman receives new abilities but that is for the player to discover.

Where did the inspiration come from for The Mooseman’s darkly beautiful art style and character designs?

The art style and character design is heavily inspired by something called the Perm animal style. It is a style of metal casting that existed around the middle ages in the Perm region of Russia. These metal artefacts depict gods and spirits of beliefs of Komi people, the native inhabitants. But with the coming of Russian colonizers, these beliefs were mostly forgotten, and are now nonexistent. Our game is an attempt to reconstruct these beliefs in a uniform mythology. It is an artistic reconstruction, that gives a glimpse into what ancestors of modern Komi people could’ve believed.

Do you have any advice for other companies or individuals who may be trying to break into or succeed in the mobile games industry?

There are now so many great startups that are trying to make it in the indie market, and we have several friends who have games in a very early stage. We do know about a great indie game from our friends that just released, called OVIVO. Please check it out!

What’s next for Morteshka? Are you guys planning to port The Mooseman to more platforms? And do you have any upcoming projects in the works that you can tell me about?

Yes, right now we are working in two directions. First is porting The Mooseman to consoles. The second one is working on the new project. We have yet to announce it and can’t give many specifics. Also the project is in a very early stage. The only thing that is certain is that we will make an atmospheric game that will also explore dark and mysterious corners of mythology, although not Finno-Ugric this time.

That’s a wrap! Thanks for such an interesting chat, Vladimir. 🙂

If you enjoyed this story and want to read more like it, please consider supporting the author by buying him a coffee.

The Mooseman is a striking exploration of an ancient myth that uses superb music and visuals to create a wonderfully atmospheric game.

As one of the seven sons of Yen, I draw lots with my brothers in the dark and gloomy forest. As the chosen one on this day, a long journey through the three layers of the universe awaits me. The goal of my journey is to retrieve Shondi, a piece of the sun, deep below the ground in the Lower World where ancient spirits dwell.

Thus began my journey as the titular main character of The Mooseman, a being that is half-god and half-human, who can see all that is hidden to the mortal eye. This stunning, spiritual journey comes from indie developer Morteshka from Perm City in Russia. This 2D adventure puzzle game was inspired by ancient myths of the Finno-Ugric tribes in the Perm Animal Style. It is a solar myth that depicts the journey of the Mooseman and is based on the culture of Komi-Permians, Komi-Zyrians, Mansi and Saamic people. The game was translated to the Komi-Permian language, and some parts are voiced by a native speaker.

The journey of the Moosemen is about each of the seven sons of Yen, an ancient god who created the world out of an egg-shell. Yen eventually took a human wife, and she gave him seven sons. When Yen was teaching his sons how to hunt, they found a six-legged moose that carried Shondi, or the sun, on its back. Once they shot the moose down with an arrow, Shondi fell to the Lower World, creating night. Every day, one of the seven sons, or the Moosemen, must travel to the Lower World to collect the piece of the sun and carry it through the Middle World to the Upper World of the ancient gods to put it in its proper place to provide warmth and light.

Gameplay is straightforward. As the Mooseman, I could shift between viewing the world as a mortal and peeking behind the curtain at the spirits who dwell there as well. When seeing beyond what mortals can comprehend, the differences are literally stark white compared to the gloom of the forest and the Lower World in the early part of the game. It is impossible to cross some gaps and get past certain obstacles when viewing the world as a human; the same goes for when utilizing the power to see beyond. As I made my journey, passing by different idols caused them to light up and provide the next piece of the game’s myth.

The Lower World is full of different puzzles including different platforms that need to be stepped on in specific orders and hiding beneath pieces of driftwood to hide from an enormous pike fish called Vakul. Other creatures, spirits, and gods also stand in the way. Eventually, I was able to pick up Shondi. After doing so and completing the first part of my task, I was able to use it to keep different harmful spirits at bay by igniting it to create a protective shield.

From the Lower World, I entered the Middle World, the place of men, and subsequently, the Upper World, the site of the ancient gods. More puzzles needed to be completed there like outsmarting a witch. There is also a race flying against a furious storm to prove worthiness to enter the Upper World as well, which is probably the most action-filled part of the game. The trek through the Lower World takes up most of the game.

The Mooseman is breathtakingly beautiful. The game’s art is based upon the Perm Animal Style, a unique metal/plastic-form animal style that existed until the 12th Century. It honestly felt like the game was all drawn from chalk which added to its otherworldliness. The game’s simplicity and atmosphere are perfect for the myth, and certain parts that focus on the night sky full of constellations are works of art. Different rainbow-colored artifacts of the Perm Animal Style are hidden throughout the game. The game’s color scheme is mostly full of greys, blues, greens, and white, so the contrast between that and the colorful artifacts is quite striking. When looking at each artifact in my collection, a description of each one is provided as well as research information.

Complimenting the game’s visuals is its equally gorgeous soundtrack. Based on the folk music of the Komi people and composed by Mikhail Shvachko, some songs were performed and recorded for the game by the Perm Regional College of Arts and Culture. It provides the perfect atmosphere for the game from the dismal depths of the Lower World to hunting the moose in a snow-filled forest. The forest was also my favorite part of the game’s soundtrack, and it gave me goosebumps the entire time

For those looking for a high action game, this is not it. A lot of the game is spent walking through the different worlds. At one point, a bear came after me, and I couldn’t run away, but instead had to use my Mooseman powers by turning them on and off to get past trees in the forest and obstacles from spirits. The game is also short; I finished it in less than two hours. As far as replayability goes, I can see myself playing again now that I have read all of the myths discovered throughout the game to catch all of the details put into it. I actually found the game quite calming overall and will probably play the game again to relax.

Overall, The Mooseman is a wonderfully crafted adventure puzzle game that has stunning music and visuals. It’s apparent that Morteshka put a lot of research, time, and care into the game. While it may seem too short to some, I feel that it is the perfect length to explore these myths of old. I found The Mooseman to be a work of art and an ingenious way to explore a tale that was woven in perfectly with the game’s different puzzles.