Unity of Command II. Post by The Mogician » Wed Nov 13, 2019 9:03 am. Pointer table for: Prestige I don't know how the value is encrypted but that's the value right. Unity of Command II lets you take command of Western Allies during the Second World War. You will manage your army’s divisions as well as their supply and logistics. For the first time in Unity of Command, you will face Fog of War. Reveal the unknown by capturing enemy soldiers and launching recon to gather intel on enemy troop positions.

Better believe it! The announcement will go through “proper” PR channels as well, but here goes the blog version. The game is scheduled for release later this year (Q3 2019) and all of the rest you basically already know if you’ve been reading this blog.

The Steam page is currently up [LINK], so go check it out for an actual trailer and a bunch of new screenshots. Because we’re nice indies though, there are no preorders, the only thing you can really do right now is wishlist the game. 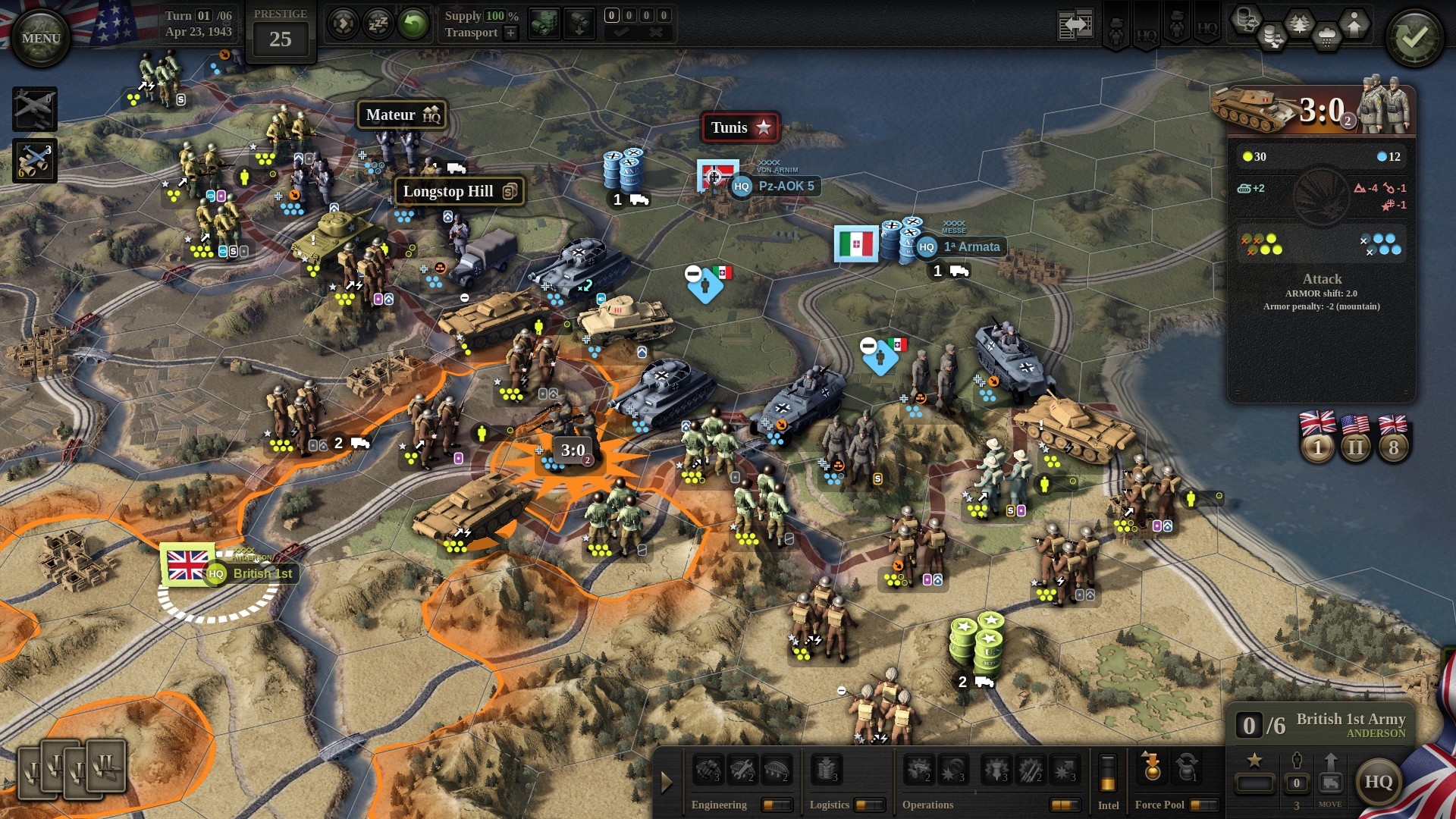 So, um… do wishlist the game (hard!), and also tell all your friends. And that’s it, that will do actually. While we’re here though, I’ll do a short development update, so here goes…

The info on the Steam page will not be news if you’d been following this blog. It mentions the campaign [Dev Diary 8], headquarters [Dev Diary 4], bonus objectives [Dev Diary 2], fog of war [Dev Diary 14] etc. Actually most of what’s on that page has already been mentioned here multiple times.

In the screenshots, you can spy the HQ Selector in lower right, which is a quick UI method to reach your HQs. Right above that you can sometimes see the re-designed messages: a lot of the work lately has gone into various transient UI messages and “dings”.

There are many new units in the screenshots too. For my money, the Gebirgsjäger and Indian infantry stand out. Bonus points for whomever spots the New Zealand infantry with their “Lemon Squeezer” hats first.

The trailer has been put together with an emphasis on game footage. I hope you like it, I think it gives a good idea of what the game is (and will be) like. It was super interesting to be involved in making it, even though I’m not a big consumer of trailers personally. Normally I have them disabled in Steam and jump straight to the screenshots.

While the main game loop of select-move-attack has been solid for a year, the game allows for several dozen HQ actions and theater assets, each of which needs its own workflow and animations. We’ve been going through that list for some time now, but there are 36 more items still left to do. I’m not even kidding.

Low level campaign work has mainly been completed as well. The editor supports scenario variants and branching, and is able to manage units which are persistent in the campaign. We also found a good solution for unit name localization, that should hold up for community content. For example, if you use “101st Airborne” in your scenario, it will automatically be translated in all supported languages.

The work on the special Normandy map also progresses well. The landings scenario would barely fit in our default scale, so we decided to zoom-in and it’s looking good so far. We should be using this approach as necessary, wherever we encounter high unit densities (final Soviet offensive on Berlin comes to mind).

You may have noted that the Steam page lists Croteam, the makers of Serious Sam and Talos Principle, as our co-developers. Croteam are our cross-town brethren, and as the bigger studio, have been super helpful for years already. We’ve now made things slightly more official, with Unity of Command II formally listed as a co-production.

This is a good thing and not bad. The game gets to be even better, and I totally promise we’re not adding headless kamikaze anywhere.

Feel free to AMA in the comments. This is usually the case here, but now even more so because it’s a bit of a special occasion 😀