In this video, I play Unturned 2 for the first time. 1,250 hours of playtime on Unturned 3.0 are required at the time of recording. I mess around with the ne.

Jul 18, 2017
In this guide you will learn the basics of unturned and some useful tips you might consider useful.
Other Unturned Guides:

First, after your unturned loads you will find yourself in the main menu, First off you might want to check the 'Options' and set the settings to however you like it, if you are experienceing lag or FPS drop while playing you should lower your settings until you dont experience anymore lag. Then, the 'Survivors' here you are able to customize your character (Example down below).
You can also browse your inventory, you wont have anything there when you start playing (Unless you bought the Gold DLC) so if you want to get random item drops you better start playing, You can also select from 4 different characters you can customize (Without Gold DLC you have only 1 character you can play as and customize) 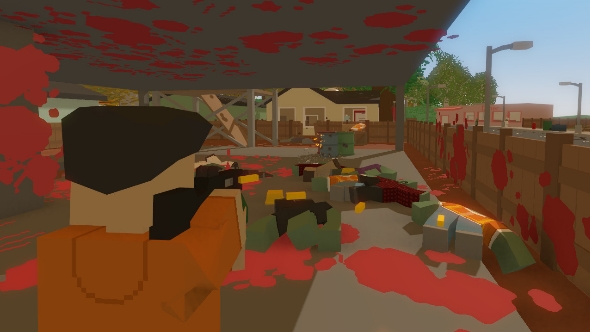 Then, 'Groups' here you can select any of your steam groups you are in and be in that group with your friends or those who are playing with the same group set as their group.

Simply, you might want to start off with singleplayer and with difficulty set as Easy, because then your items wont degrade when you use them or they take damage. Also tutorial is recommended.
After you know the basics and think you are ready to play with people you dont know, then multiplayer will be your go-to, but i would`nt recommend that just yet, you need to learn more, for example places where you would build you base and locations in each map. Also you probably want to know something about some locations in the maps you are playing in (for example about the locations where you will get the best possible loot) In multiplayer everything will be harder cause of other people trying to kill you, most people even waste their ammunition on fresh spawns because only 2 things they care about is loot and kills.
You might just want to not head to the military base right after you have spawned, if you are unarmed and there, it will be a deathtrap to you, just like to any other fresh spawn. You might encounter friendly people, but DO NOT trust them, because they might just be waiting for the moment to shoot/stab/punch/hit you in the back and take your stuff.

While playing in multiplayer you will encounter different types of people, such as Fresh spawn, Green guy, Fake zombie (screenshot down below) Camper, Admin, Noob, 5 years old squeaker, Hacker, Badmin (more information down below) and the most dangerous thing ever... Russian kid (More information down below).
Fresh spawn, the most common type of person, either someone who had just joined the server for the first time or had just gotten killed by someone or something. These guys are NOT FRIENDLY either, they might seem harmless, but in fact they are equally as dangerous as Russian kids and Badmins.
Fake zombie, These guys... They are those who want to get loot easily, but even fake zombies can be countered. Heres a screenshot of a perfect fake zombie.
Badmin, These ♥♥♥♥ers, there is a 99% chance that their ago is less than 10 years and they have somehow made their way to become admin on an server, These ♥♥♥♥ers can be seen anywhere, at any time, they are dangerous and CANNOT BE COUNTERED. If you see one, There is only one way to keep your loot safe. Run away (or drive away if you have a car) and disconnect when you think its safe enough. 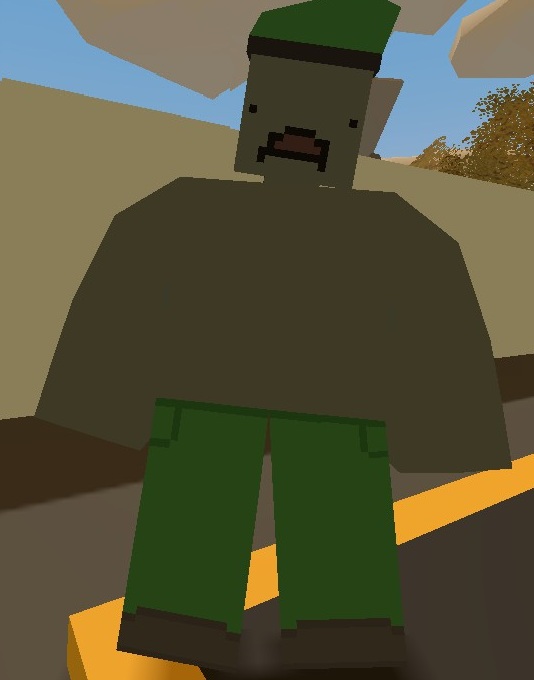 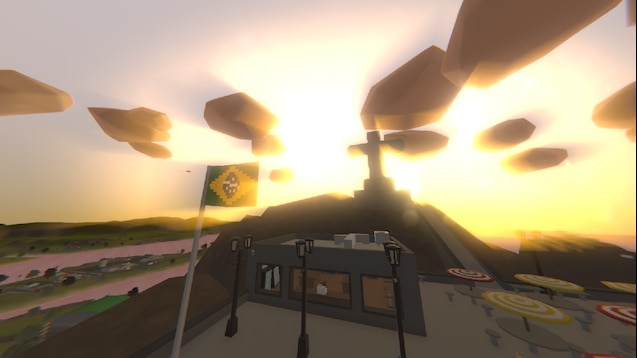 Green guy, They are not so common but they can be seen anywhere where is green grass, they will be hiding in the grass, so look out for them, Also there is not much information of these guys.
Admin, the ones that keep servers clear of hackers when Battleye cant, not much to say about them, they are basically those who are the best way to counter hackers or Badmins.
Hacker, These little ♥♥♥ no way to counter unless you have an admin on your side. Hackers are usually 5-6 years old kids who installed hacks only to become 'better' in unturned, Advise: NEVER INSTALL ANY CHEATS. Battleye will most likely deal with all cheaters.
Noob, the beginners, not too much to say about them either, they simply dont know much about unturned or its gameplay mechanics.
Russian kid... These guys... i... i hate them, they are the worst of the worst, they dont speak, not even in chat, if they do, they speak russian, they shoot at ANYTHING that moves, they might even waste 10 drum magazines on fresh spawns in 10 minutes or less. Side note: These annoying ♥♥♥♥s always steal everything you had, no matter what it is.
Spawncamper/Camper, They usually wait for someone to show up and attack, SpawnCampers on the other hand, they wait at spawns with fully loaded weapons and wait until someone spawns there, then they kill them.

'Death traps' the places you should`nt go unless you are well prepared for it, One of these death traps is the military base, or any location with word 'Base' in it, because word 'Base' commonly means that its a place where you will get military grade equipment and weapons, or any good weapons such as Automatic rifles that you will not get from civilian or police locations.
Deadzones are also one death trap, you need either a gas mask or a biohazard hood to survive there, Also you need filters, lots of them, depending on how long you are planning to stay in the deadzone, deadzones commonly have great loot, even better than in military bases (Deadzones are commonly places with military item spawns inside, expect the one in washington and yukon)
That pretty much is it for the 'death traps' on maps. 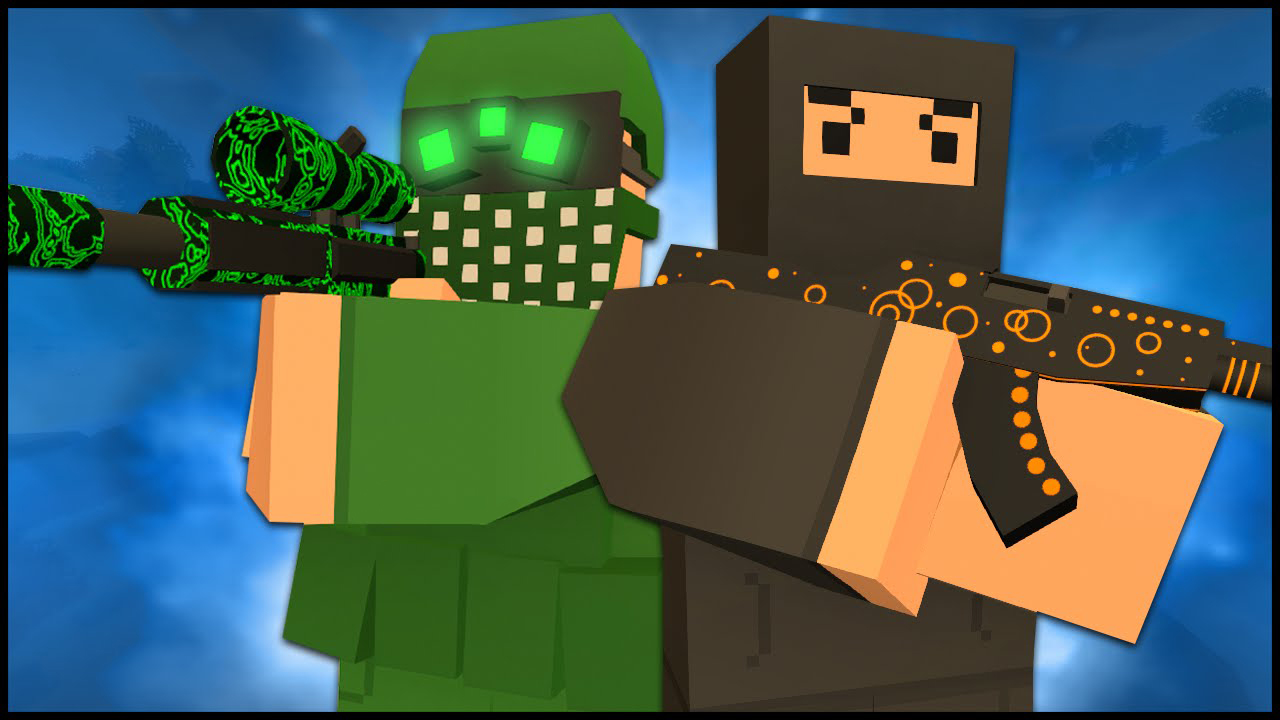